If Tehran dares to fight, that’ll be the official end of Iran, President Trump warns 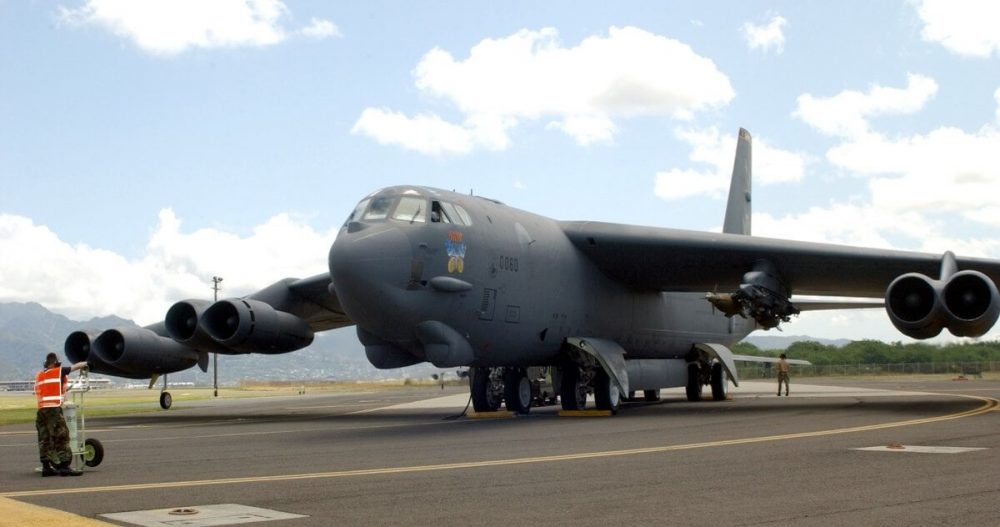 Share
US President Donald Trump has threatened Tehran that it would “the official end” if it fights in a tweet as Washington builds up its military presence close to Iran.

A USS Abraham Lincoln aircraft carrier strike group was deployed to the Persian Gulf and B-52 bombers were sent on patrol in the area in a move to send a message to Tehran.

Tensions in the region escalated after the US started building up its military presence siting  “a number of troubling and escalatory indications and warnings” coming from the Iranian side. So far it has not been revealed what led to the escalation, with various media reports suggesting versions from misunderstanding to Israeli influence.

It’s unclear what triggered the US leader as all the Iranian officials were saying in recent days is that they want to avoid a military confrontation with the US. Earlier on Sunday, the commander of the elite Revolutionary Guards, Major General Hossein Salami, insisted that Iran only wanted peace, but wasn’t afraid to fight America. “The difference between us and them is that they are afraid of war and don’t have the will for it,” Salami said.

Earlier, Iranian Supreme Leader Ayatollah Ali Khamenei also assured that there will be no war in the Persian Gulf. However, he added that Tehran also won’t get involved in talks on a new nuclear deal with the US.

The Trump administration has been recently increasing pressure on Iran with sanctions and military buildup near its territorial waters. The US and its allies began enhanced maritime security patrols in the international waters of the Persian Gulf this week after Washington beefed up its Fifth fleet.

IranTehranTrump
Share
Subscribe to our newsletter
Sign up here to get the latest news, updates and special offers delivered directly to your inbox.
You can unsubscribe at any time

The Nigerian Senate is on pace to be historically unproductive — Nwogu