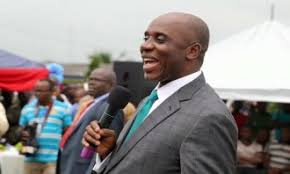 Share
The Nigerian government has approved $3.9bn for the construction for Warri seaport, and separately awarded the contract for the Abuja-Warri rail line, country’s Minister of Transportation, Rotimi Amaechi, according to media reports.
“The President awarded the contract for Abuja to Warri, Abuja to Itakpe, then to Warri. From the Warri rail to the seaport. We are building a new seaport in Warri, the cabinet approved it last week, that is about $3.9bn,” Amaechi was quoted as saying.
The country needs an additional $45 billion complete its rail projects, covering Lagos-Kano, Port Harcourt-Maiduguri, Lagos-Calabar and Abuja-Warri rail lines, the minister said.
The Lagos-Ibadan is estimated to cost about $1.6bn, excluding “the extra cost of things we didn’t prepare for or see in the evaluation; Abuja-Kaduna was constructed with about $1bn.
“We also paid $500m to buy locomotives and rolling stocks for Lagos-Ibadan; I can’t remember how much we spent buying rolling stocks for Kaduna-Abuja,” Amaechi was quoted as saying.
Share
Subscribe to our newsletter
Sign up here to get the latest news, updates and special offers delivered directly to your inbox.
You can unsubscribe at any time