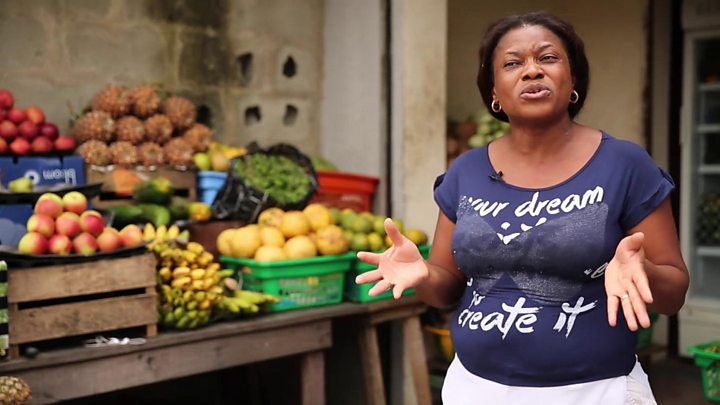 Share
A 49 percent drop in Nigeria’s power generation, security concerns including spate of kidnappings are seen threatening the African country’s frail economy, according to analysts.

“The Nigerian power sector is in a difficult position. Difficult because there is growing frustration regarding the benefits of the privatization program. But the frustration is misplaced because there is a lot else that needs to be done,” Dr Ekpen Omonbude, former Economic Adviser at The Commonwealth Secretariat and CEO, Bargate Advisory said via phone on Thursday from Sutton, United Kingdom.

Nigeria Electricity System Operator data showed that in March this year, the national power grid lost 1,770 megawatts in two days following a drop below 3,000MW mark on Friday, March 23rd, leaving total electricity generation to fall to 2,938.5MW as of 6am on Friday from 4,708.3MW on Wednesday.

Last Tuesday, electricity generation in the Africa’s most populous nation dropped further by 312 megawatts, following the Nigerian Gas Company (NGC) report of a cut in gas supply to four key power plants in the country, as due to system collapse, sixth recorded since the year begun.

“Transmission capacity is not sufficient, distribution capacity is not reliable for many reasons, and the regulatory framework (including the pricing regime) has not proved attractive for investors. This has had a knock-on effect on just how fast industrial activity can occur, and rapid industrial activity is needed to boost economic output,” Omonbude.

Failing power supply in Africa’s largest economy continues to slow growth in a nation of nearly 200 million people, according to the Director General, Lagos Chambers of Commerce and Industry (LCCI), Muda Yusuf.

The most affected, aside households, are the SMEs who make more than 90% of businesses in Nigeria and cannot generate their own power as all the multinationals who currently are “generating their power themselves”, according to Yusuf.

It will be recalled that the International Monetary Fund (IMF) had last month lamented that Nigeria’s economy wasn’t growing fast enough to reduce poverty or joblessness in the country of nearly 200 million people, a quarter of whom are unemployed, according to the Nigerian Bureau of Statistics data.

Unemployment is seen as one of the major causes of unrest and insecurity including the most recent rising spate of kidnappings in the West African nation, according to multiple researchers and international organisations.

Last week, two foreign workers were kidnapped from the Niger Delta Petroleum Resources Ltd-owned facilities, according to the Nigerian army, just as two Shell workers were kidnapped and their police escorts killed in a separate attack within the same week and some analysts and security experts are seeing the spake of kidnappings as an indictment on the the Nigerian government.

“The rise in the spate of kidnapping in Nigeria is an indictment on government and the security architecture in the country.

As a matter of fact,  crimes like kidnapping are indicators of a country fast deteriorating into failed state status.

Inability of security agencies to deter such crimes, arrest perpetrators and bring them to justice says a lot about lack of institutional mechanisms for crime prevention and punishment,” Dr Wale Adeboye, Country Coordinator, Terrorism Research Initiative said via phone interview on Thursday.

Kidnapping is not a new problem in Nigeria, being one of the country’s biggest challenges but the recent spike in the particular crime is a source of concern – the most recent being the kidnapping in Gobirawa and Sabawa villages in Safana Local Government Area of Katsina state, where 17 people were reported killed in a night attack by bandits who also injured scores of people.

Among those kidnapped on Wednesday night was the District Head of Daura, Musa Umar, who was said to be President Buhari’s in-law and a former customs officer, was abducted by four gunmen.

“You will see that kidnapping has a particular trajectory. From hostage taking in Niger delta to kidnapping for ransom in south east, to kidnapping for ritual in south west, ut has moved into purely armed banditry kidnapping in the north. Se what Kaduna Abuja has turned into. That axis is an important road network in Nigeria. Unless drastic measures are taken, the already bad business environment will slide down.

“Are we saying that for instance the Kaduna abuja axis is too long for  government to guarantee security of lives and property.

In this era of technology, we can deploy drones and helicopters for patrol. I am afraid whatever gain this government may have the steady rise is kidnapping is going to water it down. Governor El Rufai should particularly step up his game and ensure something is done otherwise Kaduna state will be worse for the latest uprising in kidnapping,” Adeboye said.

Analysts are worried that if these are not curbed quickly, they may cause the economy to slag even further.

Already, the country last week cut its revenue target for the year 2019 following years of missing its goals by “wider margins in each of the past three years” according to a Bloomberg report, which sees a  ” 67 percent increase in minimum wages, together with a reluctance to cut fuel subsidies and raise consumption taxes, could see the gap widen further.”

Nigeria's economy
Share
Subscribe to our newsletter
Sign up here to get the latest news, updates and special offers delivered directly to your inbox.
You can unsubscribe at any time