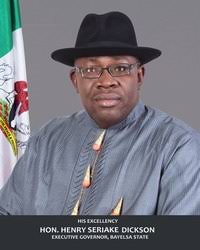 Socio-Economic Rights and Accountability Project (SERAP) has sent an open letter to Governor Seriake Dickson of Bayelsa State urging him to use his “good offices as trustee of the state’s resources, and consistent with your constitutional oath of office, to reject the proposed life pension bill by the leader of the House of Assembly Peter Akpe, and to prevail upon the House to immediately withdraw the self-serving bill.”

The House had last week passed a bill that would grant life pensions to speakers, deputy speakers and other members. Under the bill, speakers will go home with N500,000 monthly, while deputy speakers will receive N200,000. 24 other members will each get N100,000. The House is seeking life pensions for members similar to those “applicable to former presidents, vice-presidents, governors and deputy governors across the country.”

But reacting, SERAP said: “Public officials have a legal commitment to discharge a public duty truthfully and faithfully. Should you assent to the bill as proposed, SERAP will institute legal proceedings to challenge the legality of the legislation and ensure full compliance with constitutional provisions and Nigeria’s international anti-corruption obligations.”

In the letter dated 26 April 2019 and signed by SERAP deputy director Kolawole Oluwadare, the organization said: “The bill amounts to an incorrect and improper performance of public functions. It’s clearly an abuse of legislative functions by the lawmakers. Rather than sponsoring bills that would improve access of children in Bayelsa to quality education, the lawmakers are taking advantage of their entrusted public positions to propose a bill to collect large severance benefits.”

According to the organization: “The lawmakers are clearly the major beneficiaries under the proposed legislation. Therefore, by passing the life pension bill, the lawmakers of Bayelsa State House of Assembly have violated the constitutional and international prohibitions on conflicts of interest.”

The letter read in part: “The people of Bayelsa would expect you, as their governor, to use your entrusted public office to act in the public interest, including by rejecting the life pension bill and prevailing upon the House of Assembly to immediately drop the bill.”

“Conflicts of interest as well as perceptions of such conflicts would undermine public confidence in the integrity and honesty of not only the Bayelsa State House of Assembly but also your government, if urgent action is not taken to prevail upon the House to drop the outrageous bill.”

“SERAP notes that Bayelsa State has in recent years received trillions of Naira from the federation account. Yet, according to the State Universal Basic Education Board (SUBEB), over 265,000 Nigerian children lack access to basic education in the State. The public funds that would be spent to pay life pensions to the lawmakers could be well used to address the problem of growing rate of out-of-school children in the state.”

“It is forbidden for any public official including lawmakers to engage in self-dealing, and place him/herself in a position of conflicting interests and to hold incompatible functions or illicitly engage in providing to him/herself emoluments deemed unacceptable, unconstitutional and illegal.”

“In the Seventh Schedule to the Nigerian Constitution of 1999 (as amended), you commit to strive to ‘preserve the Fundamental Objectives and Directive Principles of State Policy contained in the Constitution, [and not to] allow my personal interest to influence my official conduct or my official decisions’. You also commit to: protect and defend the constitution, and to ‘do right to all manner of people according to law [and to] devote myself to the service and well-being of the people of Nigeria’.”

“Constitutional oath of office requires public officials including lawmakers to abstain from all improper acts, including passing the life pension bill, that are inconsistent with the entrusted positions and the overall objectives of the Constitution. We believe that a false oath lacks truth and justice. The oath statements require the oath takers to commit to uphold and defend the Constitution.”

“Under the bill, former lawmakers, including persons of Bayelsa origin who served in the old Rivers State, would enjoy life pensions for ‘their services’ in the state as applicable to former presidents, vice-presidents, governors and deputy governors across the country.”

“It is estimated that hundreds of lawmakers will benefit from the life pension proposed legislation, which will invariably cost Bayelsa State at least N20 million taxpayers’ money monthly. This amount will increase in subsequent years.”

“SERAP believes that the action by the lawmakers is entirely inconsistent and incompatible with the object and purpose of the UN Convention against Corruption, to which Nigeria is a state party and which implicitly prohibits large severance benefits for public officials such as members of Bayelsa State House of Assembly.”

“The convention, which is binding on all states of the federation, specifically in paragraph 1 of article 8 requires the lawmakers to promote integrity, honesty and responsibility in the management of public resources.” 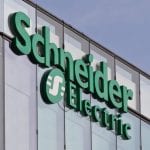 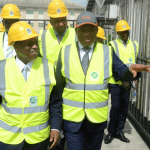