As the Nigerian Civil Aviation Authority (NCAA) threatens to pull down 7,000 telecommunication masts and towers in the next 30 days over failure of the operators to obtain the statutory Aviation Height Clearance (AHC), Global System for Mobile Communications (GSM) providers in the country are claiming that the agency is hiding behind regulators to extort them.

Multiple sources in the telecommunications industry, particularly the GSM operators are seeing the NCAA’s move as “predatory” and attempts at “extortion and not a safety concern.”

The mobile telecommunications industry contributed $21 billion to gross domestic product (GDP) in 2017, representing 5.5 per cent of Nigeria’s total GDP, according to GSM Association (GSMA), in a report “Spotlight on Nigeria: Delivering a Digital Future,” published in November 2018.

If the NCAA goes ahead to pull down more than 7,000 operators’ masts and towers, at least over 100 million Nigerians could be potentially affected, Per Second News estimates shows.

A highly placed source in one of Nigeria’s leading telecommunications company, who didn’t want names printed told Per Second News on phone that the NCAA’s recent move was “prohibitive of ease of doing business in Nigeria and is aimed at stifling business growth.”

According to the source, not only did operators in question obtain the Aviation Height Clearance, but “initially paid N10,000 monthly fee to the NCAA per one mast or tower before the agency jacked up the price to N600,000 per month. After a series of protest, the cost was reduced to N100,000 per month per mast and towers. Imagine if one operator has 1,000 masts and towers across Nigeria, you can guess how much in billions the NCAA makes per month.”

According to another source which said the recent NCAA move “has nothing to do with safety issue but money,” said the NCAA and other regulatory agency in Nigeria could potentially kill the telecommunication industry which had raked in billions of naira for the federal government in revenue.

“What these agencies are failing to see is that they are gradually killing the goose with the golden eggs and that is particularly sad,” the source said.

NCAA on Tuesday sent out a written statement saying it would begin to pull down masts and towers belonging to several GSM operators including Globacom Limited having “blatantly failed to obtain the statutory Aviation Height Clearance (AHC)” these masts and towers constitute danger to safety of air navigation,” despite multiple attempts to have the operators obtain the clearance. 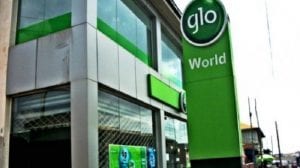 “Several letters and entreaties sent to Globacom Limited and these other GSM providers from the Authority were not responded to despite that they were duly received by the relevant executives and duly acknowledged,” Sam Adurogboye, General Manager, Public Relations of the NCAA said in a written statement, adding that the mandatory Aviation Height Clearance (AHC) from the NCAA was a violation of safety regulations.

According to Adurogboye, the Director General, early this year, in a meeting with the Association of Licensed Telecommunications Operators of Nigeria (ALTON), the operators were told to obtain their Aviation Height Clearance. “As a result of the meeting, other telecommunications providers have implicitly demonstrated considerably compliance by duly obtaining the requisite height clearance from the Authority except for these few defaulters.

“What this means is that Globacom and these other defaulting GSM providers have been running their networks and providing interconnectivity to millions of subscribers without Aviation Height Clearance Certificate thereby jeopardising safety of air navigation.”

GlobacomNCAA
Share
Subscribe to our newsletter
Sign up here to get the latest news, updates and special offers delivered directly to your inbox.
You can unsubscribe at any time

The Day In Pictures: Buhari, Emir of Qatar