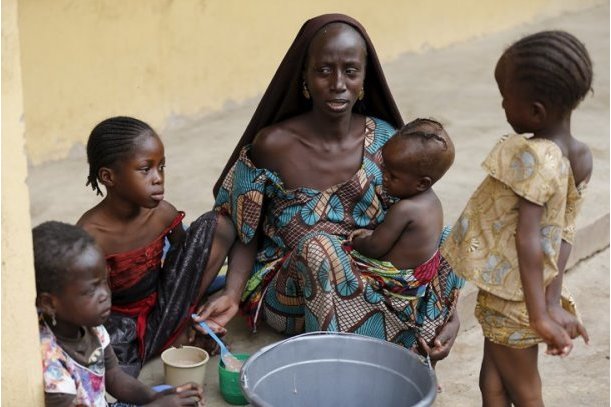 Nigeria’s Development Financing helped significantly improve financial inclusion in the northern and south south regions of the country, a new document from the Central Bank of Nigeria shows.

According to the document,  financial inclusion levels in the country has improved, increasing from 58.4 percent in 2016 to 63.2 percent in 2018, driven by increased banked population in four geopolitical zones including north east, north west,north central and south south.

The growth in financial inclusion rate is driven by the Development Financing Programme by the Nigerian central bank, its governor, Godwin Emefiele, said at an event in Washington DC, United States of America Friday night.

Emefiele, who was hosted to an evening by Mount Olives LLC, said the country’s development financing, which was set up to “champion financial inclusion and poverty reduction, quantitative easing measure to stem the impact of global financial crisis and promote agricultural value chain”, has helped “facilitate job and wealth creation and diversification of economic base” in the country.

The governor also said the the programme has helped create nearly three million jobs in the agriculture and youth development programmes.

According to Emefiele, the development financing, through the Commercial Agricultural Credit Scheme, has helped Nigeria create more than 1.5 million jobs by disbursing N603.3 billion to facilitate 589 projects, as at December 2018. Other intervention programmes responsible for other job creation include SME Restructuring and Refinancing Facility (SMERRF), National Food Security Programme, Paddy Aggregation Scheme, Non-oil Export Stimulation Facility and Export Development Facility, among others.

Northern Nigeria
Share
Subscribe to our newsletter
Sign up here to get the latest news, updates and special offers delivered directly to your inbox.
You can unsubscribe at any time