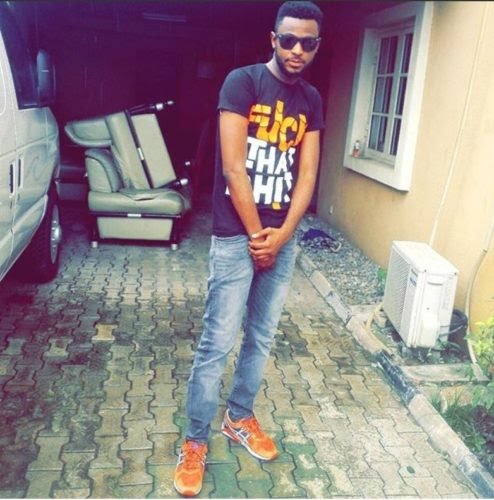 Nigerians have taken to social media to react to the allege killing of a 36-year-old man, identified as Kolade Johnson, by the Federal Special Anti-Robbery Squad (FSARS) operatives in Lagos, while watching a football match.
According to reports, the sad incident happened on Sunday afternoon at Olu Aboderin Street, Onipetesi, Lagos State, while the late Johnson was reportedly watching the Premier League clash between Liverpool and Tottenham.
According to one Emenike, who witnessed the incident, the officers had come to the area to arrest a ‘criminal suspect’ because of his dreadlocks.
Emenike alleged that the officers started shooting sporadically after the arrest, when a stray bullet to hit Johnson.
The victim was said to have been rushed to the general hospital in Ikeja, where he was confirmed dead.
Coming under various trending hashtags; #Kolade Johnson, #EndSARS #PoliceReforms, #EndPolicebrutality and #ReformPoliceNG, are some of the things Nigerians, including celebrities are saying about the Kolade Johnson alleged murder by the operatives of FSARS: 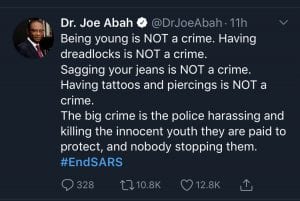 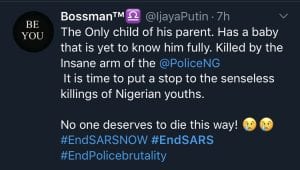 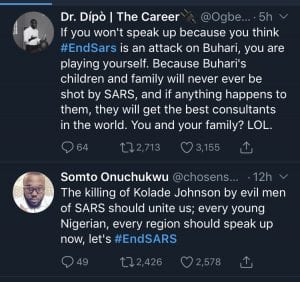 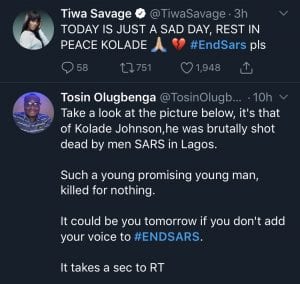 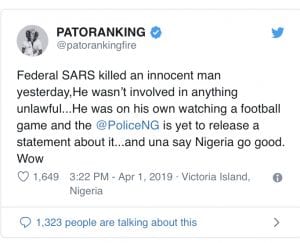 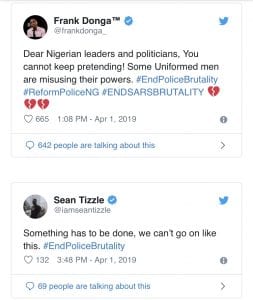 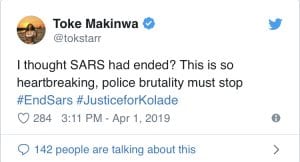 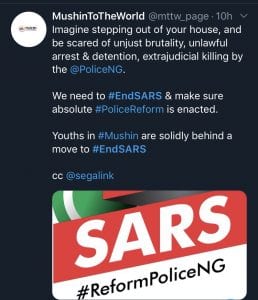 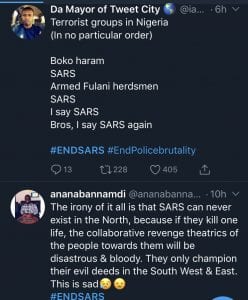 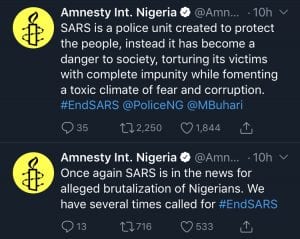 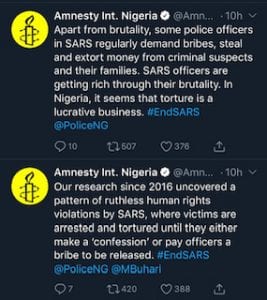 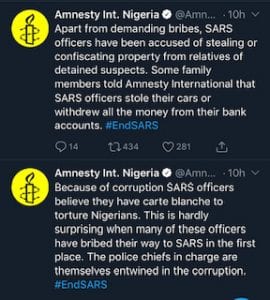 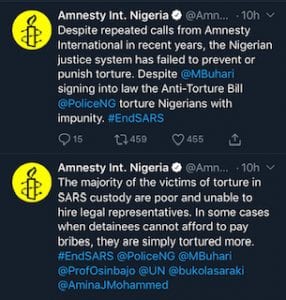 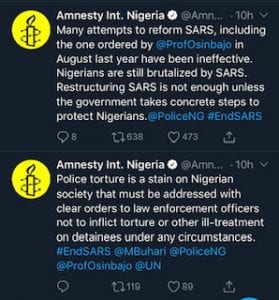 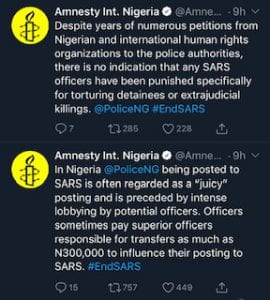 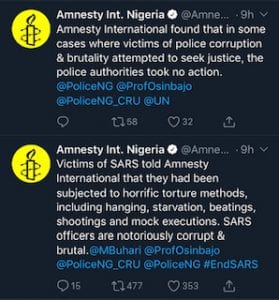 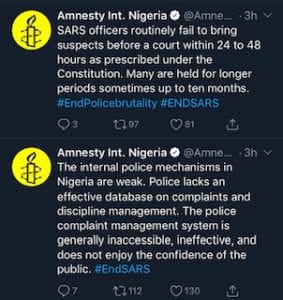 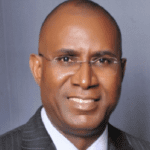 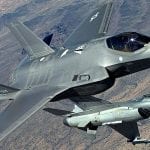