Emefiele And Financial Inclusion In Nigeria 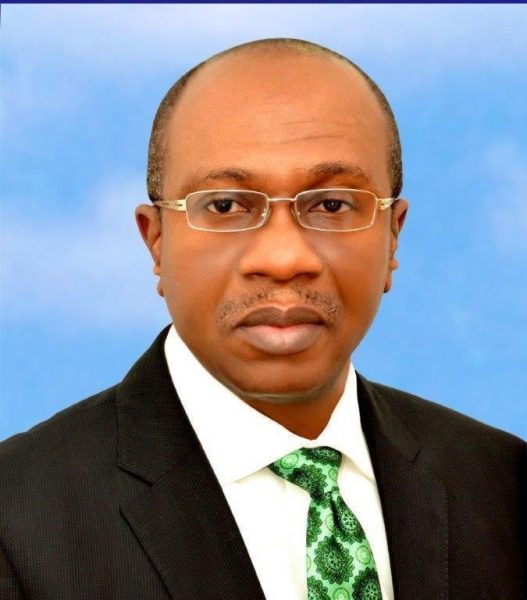 In developing countries, there is a consistent challenge of ensuring that more and more persons, especially

those in the rural areas and the poor, have access to financial services. Therefore, the term ‘financial

inclusion’ is a constant recourse when the plight of the rural poor is discussed. Their access to micro-

need to spring them up from their state of poverty to a better standard of living. Since June 3, 2014 when

Bank Plc, to the position of Governor of the Central Bank of Nigeria, there has been a considerable effort

Implemented under the Financial Services System (FSS2020), which is meant to boost banking services

in the county to a significant and inclusive level by Year 2020, the CBN has enhance financial literacy,

schemes under financial inclusion is the digital banking platform. Between 2014 and now, there has been

a considerable increase in the number of Nigerians who are engaged in online banking. In spite of the

(POS) facility, mobile agents and mobile banking has taken more and more persons from the banking

hall, as they can now carry out their transactions from the comfort of their offices and sitting rooms.

across the country. For instance, the Anchor Borrowers Scheme (ABS), one of the successful agricultural

support policies of government has boosted the economies of several states in the North-West, North-East

and South-East. The objectives of ABS, according to the CBN is provide farm input in cash and kinds to

farmers to boost production, stabilize input supplies to agro processors and ultimately to enhance the

country’s negative balance of payment of food items. Before the introduction of the scheme, Nigeria was

a net importer of rice, in spite of the fact that the country grows rice, and should be a rice exporting

country. This scheme was has been a great success to the point that President Muhammadu Buhari used it

have benefitted from, is explained by Isaac Okoroafor, the CBN’s spokesman thus, “Out of the

N55bn that we have spent on the Anchor Borrowers’ Programme, about 80 per cent has gone

into rice production; and if you work out that maths, you will see that the multiplier effect of that

money has been so great. It also goes to underscore the effectiveness and efficiency that the CBN

hectares of farmland, and you can see the impact on the street.”

In the last five years, more than ever before, financial literacy has improved in Nigeria. Financial

resources effectively to enhance their economic well-being.” In order to achieve this objective,

the CBN has been involved in campaigns from one part of the country to another, meeting

interest groups, stakeholders and women on how they could grow their money, using available

tools. They have also visited secondary schools and many tertiary institutions to introduce them

to banking options available, the need for them to save from the little income they earn and the

various products available from which they could benefit.

Perhaps, worth mentioning is the revival in the insurance industry. Though it has great potentials

of boosting the country’s economy, the insurance industry has suffered so much lull in the recent

decades, particularly as a result of the economic stability. However, in the last three years, the

industry has been encouraged to educate Nigerians on the importance of insuring their property,

as a way of ensuring the security of their assets. Stakeholders in the sector have devised several

approaches, including the use of legacy and social media, to encourage Nigerians to buy

insurance policies. More than ever before, the financial literacy strategy of the CBN has been

successful in the last three years.

Another successful financial inclusion policy in the last four years is the non-interest banking. From its

otherwise known as Islamic Banking model has gained significance in the country. Operating under the

Shariah financial principle that forbids usury or interest on financial loans, the scheme allows banks to

participate in the business transaction for which loans are issued by the non-interest bank, and the profit

generated from such transactions are shared between the bank and the business owner. An evidence of

sector of Nigeria. Many Nigerians patronize the non-banking scheme, as other traditional banks

have introduced non-interest banking products. This strategy has boosted the interest of many

Muslims, who hitherto abhorred the interest-charging banking products, into the country’s

financial scheme, instead of keeping their money at home in order to avoid the haram of

is evident in the Sukuk bond that the Federal Government has subscribed to in recent years. For

instance, in 2018, the Federal Government earmarked N100 bn Sukuk bond for the execution of

28 major projects across the country. Since 2017 when the Federal Government began to source

funds under Sukuk bond, there has been a growing interest among Nigerians on this non-interest

financial scheme. The bond was over-subscribed by 5.7 per cent in the first instance in 2017. The

interest has continued to grow in recent times.

Though Nigeria has arrived in the Promised Land, the implementation of the country’s Financial

Services Strategy (FSS2020) under CBN governor Emefiele has been impressive. The last five

years had been very turbulent, considering the economic crises that attended to drop in oil prices,

disruption of oil production in the Niger Delta, shortage of foreign exchange and the attendant

crisis, the economy slumping into depression, disruption of economic activities in Boko Haram

infested communities in the North-East, North-West, and the massive destruction and disruption

thousands of farmers in many agrarian communities. To some extent, the economy has begun to

stabilize. It is therefore, imperative to sustain the winning team and formula at the CBN.

Emefiele will complete his tenure as CBN governor in June this year. How time flies. He has

achieve a lot in terms of financial inclusion in spite of the chaotic economic atmosphere. It will,

therefore, be in the interest of deepening the financial and monetary policy achievements for

achievements by the CBN in the last five years.

Idakwo contributed this piece from Kano.

CBNEmefiele
Share
Subscribe to our newsletter
Sign up here to get the latest news, updates and special offers delivered directly to your inbox.
You can unsubscribe at any time