Undaunted by the task of getting the nation’s power sector to work, the Speaker of the House of Representatives,...
Read more

As Nigeria marks 100 days of the outbreak of Coronavirus pandemic, the Federal Government says it plans to set...
Read more

The Secretary to the Government of the Federation, Mr Boss Mustapha, on Saturday performed the ground breaking for the construction...
Read more

Following a symbolic flag hoisting ceremony across Nigeria and other countries where it does business, as part of celebrations marking the 125 years of doing business in Nigeria, the chief executive officer of Nigeria’s premier as well iconic brand, First Bank Nigeria, has explained the analogy behind the event; stating that it reinforces the bank’s continuous march to greatness.

According to Dr Adesola Adeduntan, who is the CEO of the bank, the march “exemplifies tenacity, doggedness, viability, socio-economic impact and commitment across the length and breadth of Nigeria, Africa’s largest economy.”

The celebratory flag hoisting event, held at the beginning of the month, officially flagged off the bank’s commemoration of attaining the milestone year of 125, which Adedutan said symbolises the “identity, impact, permanence and reverence of a long-standing institution which predates Nigeria as a unified entity and added that FirstBank is entrenched in the nation’s development; woven into the very fabric of society, with the Bank’s involvement in every stage of national growth and development.

“Supporting our host communities to promote sustainable development and of course, putting You First, in all our business activities are some of the many secrets of our long existence. We are now building for the next 125 years and beyond; purposefully blazing the trail in our industry and ensuring that we maintain our leadership position.” 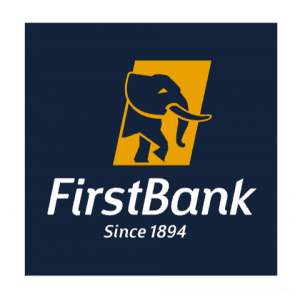 The flag hoisting ceremony was held in honour of the bank’s illustrious journey that started 125 years ago, the bank’s chief said, a journey that encompasses more than half a dozen nations across Africa, Europe and Asia; notably Ghana, DR Congo, Sierra Leone, Senegal, Gambia, Guinea, China, UK and France.

In addition Onyema identified the leadership role by the Bank in the NSE stating that “They have also produced a number of Presidents of the Council of the Exchange; from Oba Otudeko to Asabia and other captains of industry that FirstBank has offered to the Nigerian Stock Exchange.

Also speaking, Mr Adebisi Shonubi, Deputy Governor of the Central Bank of Nigeria, represented by Director of banking operations, Dipo Fatokun lauded the bank for its achievement in the development of the financial sector and Nigeria as a whole.

Shonubi said that the history of the Central Bank of Nigeria cannot be written without the name of the Bank, FirstBank, lettered in gold, as the Bank has impacted the nation at large.

Other eminent personalities and dignitaries at the event include the former Managing Director of FirstBank and former Governor of the Central Bank of Nigeria, Mr Joseph Sanusi; immediate past Managing Director of the Bank, Mr. Bisi Onasanya; Former Nigerian Minister of Industry and former President of the Lagos State Chamber of Commerce and Industry, Nike Akande and former Nigeria’s Minister of Communication Technology, Dr Omobola Johnson.

The Oba of Lagos, Oba Rilwan Akiolu, presented the flag in recognition of his traditional leadership of Lagos, the State where the journey began 125 years ago; the Chief of Naval Staff, represented by Rear Admiral Adebari, in recognition of the movement across the waters by the Bank’s founders from the United Kingdom; the Deputy Governor of the Central Bank, Mr Adebisi Shonubi represented by Director of Banking Operations, Dipo Fatokun as the event is not just about FirstBank but to pride the industry as one that has impacted the Nation through a century and a quarter years and lastly, the Chief Executive Officer, the Nigerian Stock Exchange, Oscar N. Onyema, signifying the Bank as the oldest listed company.

The bank said the 125 anniversary celebration will continue all through the month of March and through the year with other activities which include the Bell Ringing at the Nigerian Stock Exchange; a religious thanksgiving to be held in churches and mosques across Continents and locations of its business activities; the Anniversary Lecture; the Anniversary Gala Dinner & Command drama Performance by the famed Bola Austen Peters group among others. Staff and customers of the bank will also have the opportunity to participate in the milestone ceremony with donations and volunteering efforts as part of the bank’s Corporate Responsibility and Sustainability initiative, SPARK (Spreading Acts of Random Kindness).

Undaunted by the task of getting the nation’s power sector to work, the Speaker of the House of Representatives,...
Read more
Top Story

As Nigeria marks 100 days of the outbreak of Coronavirus pandemic, the Federal Government says it plans to set up at least one standard...
Read more
Featured

The Secretary to the Government of the Federation, Mr Boss Mustapha, on Saturday performed the ground breaking for the construction of an Infectious Diseases Hospital...
Read more
Top Story

A 13-year-old girl in Kaduna was allegedly gang-raped by four men after she was drugged,  the Kaduna State Ministry of Human Services and Social...
Read more
Featured

The House of Representatives Committee on Sustainable Development Goals (SDGs) has absolved Mrs Victoria Adejoke Orelope-Adefulire, the Senior Special Assistant to the President on...
Read more

The Secretary to the Government of the Federation, Mr Boss Mustapha, on Saturday performed the ground breaking for the construction of an Infectious Diseases Hospital...
Read more

The House of Representatives Committee on Sustainable Development Goals (SDGs) has absolved Mrs Victoria Adejoke Orelope-Adefulire, the Senior Special Assistant to the President on...
Read more

The Central Bank of Nigeria's planned disbursement of N93.2 billion out of N1 trillion intervention fund for manufacturing and agribusiness sectors has received stakeholders' commendation.   The...
Read more