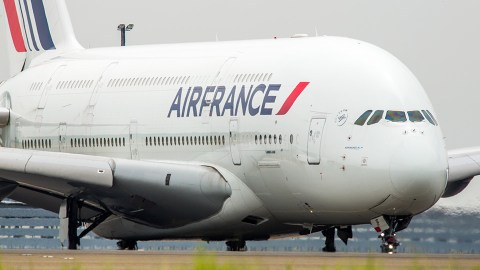 Air France will stop flying to Port Harcourt at the end of March 2019, Per Second News gathered Wednesday.

A top official of the airline said that the route was “not commercially viable.

Per Second news gathered that the flight was cancelled Tuesday due to operational reasons.

The official said the lack of crew for 2019 to operate the Port Harcourt route in an efficient and fair way is one other reason for the decision.

The airline will stop flying to the Rivers state capital at the end of the month after 14 year run.

Other foreign carriers operating into the city are Ethiopia, Lufthansa, Turkish and Cronos Airlines from Malabo, Equatorial Guinea.

Air FrancePort Harcourt
Share
Subscribe to our newsletter
Sign up here to get the latest news, updates and special offers delivered directly to your inbox.
You can unsubscribe at any time

Buhari To Nigerians: I will never let you down in my last lap