Downed Indian pilot is eager to be back in action 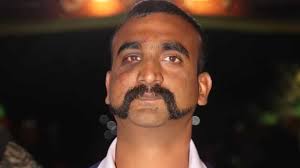 Share
Abhinandan Varthaman, the mustached pilot of an Indian MiG-21 Bison who recently received a hero’s welcome home from captivity in Pakistan, now wants to be back in the cockpit as soon as possible, officials have said.

Varthaman told of his desire to be back at the frontline to Indian Air Force brass, Times of India reported citing unnamed officials. He still has to undergo mandatory medical check-ups, though he says he was cheerful despite the “harassment”he had allegedly been subjected while captive.

The doctors are apparently happy to oblige. “The efforts have been to ensure that he returns to the cockpit soon,” the paper cites a military official

Wing Commander Varthaman’s warplane was shot down in a Wednesday dogfight involving Indian MiG-21s and, allegedly, Pakistani F-16s (Pakistan denies it used that particular type of plane, supplied by the US, as that would violate trade agreements). Indian media hail him as the first ever Indian pilot to shoot down an F-16, though Pakistan denies having lost any of its jets. Varthaman ejected and landed on the Pakistan-controlled side of Kashmir, where he was captured.

Abhinandan Varthaman
Share
Subscribe to our newsletter
Sign up here to get the latest news, updates and special offers delivered directly to your inbox.
You can unsubscribe at any time