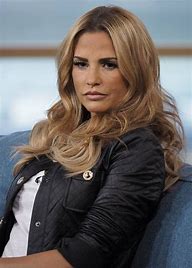 Katie Price is planning to grow her family even further by adopting a baby from Nigeria, as well as having more biological children of her own.

The mum-of-five appeared on This Morning an English TV Program where she spoke about her plans for more kids, revealing that she had started looking into adopting another child.

She said: “I’ve always wanted to adopt a child – I don’t care if they’ve got disabilities – just because I feel like I could offer a place.”

Explaining that she’d got chatting to a fellow customer in a nail salon who worked with an orphanage in Nigeria, she talked presenters Holly Willoughby and Phillip Schofield through the potential problems.

“It’s easy to adopt abroad, but it’s not always easy to bring them back in the country,” she said.

“It’s so hard to adopt over here. I’ve looked into it for ages, but now I’ve met this woman and hopefully something will happen.”

But she added: “I still want my own kids as well, don’t get me wrong. I’d definitely have more. But if I could offer a child… there are enough bedrooms in the house.

“The ‘mucky mansion’ – I am looking for a smaller house because it’s far too big for me and Harvey. Eleven bedrooms is too many to fill.”

Price already has son Harvey from a previous relationship with footballer Dwight Yorke, Junior and Princess from her marriage to Peter Andre, and Jett and Bunny with husband Kieran Hayler who she split from last year.

She said that she had planned to travel to Nigeria last weekend, but couldn’t as it was her weekend to have her children.

The model and author also shared that she had started branching out into other career avenues, including beginning studying for a paramedic degree, making a film about her life, recording an acoustic album, and getting her novels adapted for screen.

Katie Price
Share
Subscribe to our newsletter
Sign up here to get the latest news, updates and special offers delivered directly to your inbox.
You can unsubscribe at any time