Buhari to Nigerians: Vote APC for completion of more projects 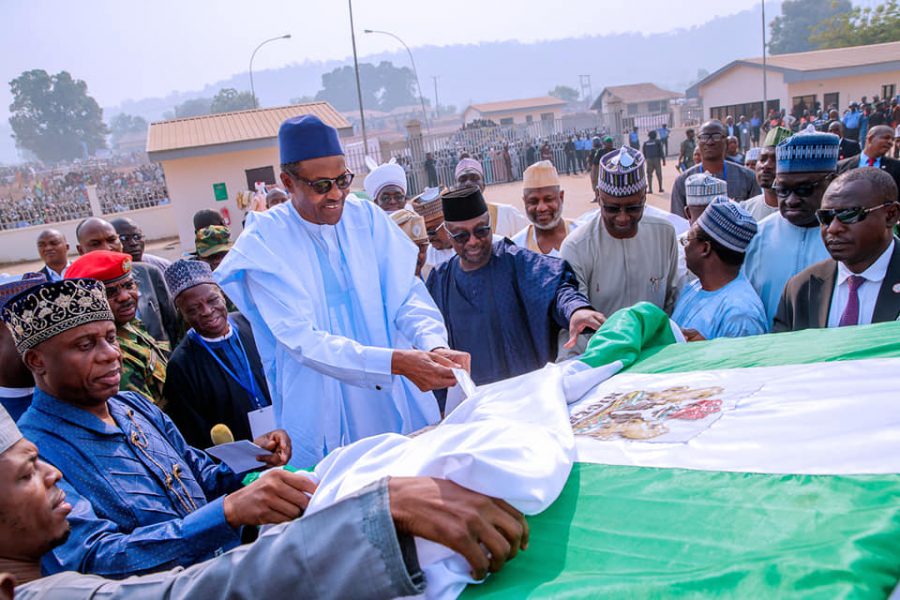 President Muhammadu Buhari reached out to Nigerian voters on Saturday as he commissioned the new Baro River Port Complex, with a call on Nigerians to vote back the All Progressive Congress (APC) for completion of more projects and construction of a new ones.

According to him, if the Baro River Port project had continued with the comprehensive masterplan for the development of the Nigerian Inland Waterways spanning over 10,000 kilometers across 28 states of the country, designed in his days as Chairman Petroleum Trust Fund (PTF), the carnages on the road of Lagos-Ibadan express way as a result of road accidents and insecurity would have been minimized.

Buhari who noted that sadly, while other governments come to organize, others come to destroy, assured that the Baro Port will be upgraded, the railway revived and dual carriage way provided to improve the economic activities of the Port but on water and on line.

The Niger State Governor, Abubakar Bello on his part said the people of Baro town were happy because the projects will provide jobs for both skilled and unskilled youths of the community.

In his remarks, the Chairman of the Nigerian Inland Water Ways (NIWA), Olorunnimbe Mamora, said the Port is the realization of the masterplan done under Buhari as Chairman PTF.

He said that considering the huge benefits of Inland water transportation and Baro’s strategic location for the evacuation of farm produce and other commodities, the present administration vigorously pursued the completion of the Port hitherto abandoned by previous administration and ensured the provision of the required equipment for its effective and efficient functioning. “It is yet another of President Buhari’s promise made and promise fulfilled.

“Some  of the installed machinery are the 84-ton mobile harbour carne, one reach stacker, and three forklifts of varying capacities. Other facilities in this Port include the administrative block, water treatment plant, power generating plant and staff quarters among others. It is indeed a Morse right Port.”

In his remarks, the Secretary to the Government of the Federation, Boss Mustapha, under whose watch the project was project, noted that the Baro town is rich with history of country and first housed Lord Luguard before he eventually moved to Lokoja.

The SGF recalled that Baro used to have a thriving river port and a railway line during the colonial era, used for evacuation of farm produce and mineral resources.

He said the opening of the Port will bring to life economic activities.

The minister of transport, Rotimi Ameachi said the project was completed following the matching order handed down by President for them to complete all abandoned projects.

He expressed hope that the old rail lines used in the colonial days will be revived even as the road network linking the port is already being upgraded.

Baro portBuhariVote APC for completion of more projects
Share
Subscribe to our newsletter
Sign up here to get the latest news, updates and special offers delivered directly to your inbox.
You can unsubscribe at any time

What went down at the 2019 Presidential debate