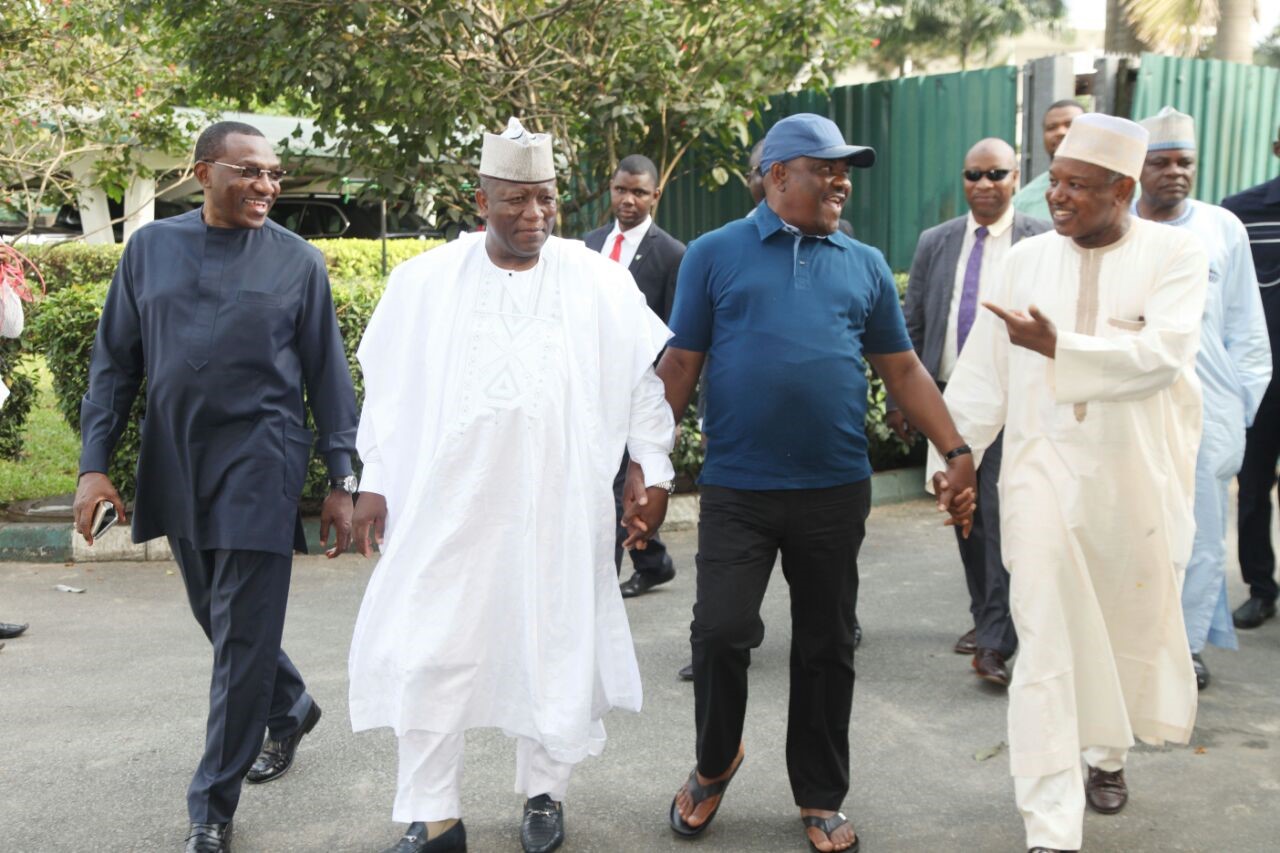 Vice President Yemi Osinbajo is currently presiding over the National Economic Council, NEC, meant to deliberate on the new N30,000 minimum wage as demanded by the organised labour.

This is coming on the heels of Tuesday’s emergency  the Federal Executive Council (FEC), presided over by President Muhammadu Buhari that resolved to take the issue to NEC, for further deliberations.

The Federal Government had agreed with organised labour on Tuesday last week resolved that the executive bill on minimum wage to forward on or before January 23 to the National Assembly to avert the planned strike by labour.

The organised labour had threatened to shut down the economy on January 28,and even vote against any candidates in the forthcoming elections that refuses to implement the new minimum wage of N30,000.

While the federal government had proposed N24,000 as new minimum wage, the governors insisted on N22,500 but the organised labour is also adamant on N30,000 which was agreed upon during the Minimum Wage Tripartite Committee and submitted in the report to the President.

The opening prayer was offered by Plateau State Governor, Simon Lalong after the arrival of Osinbajo at the Council Chamber, Presidential Villa, Abuja at 11:30am.

Aside the governors of  Lagos, Zamfara, Adamawa,  Kebbi, Jigawa, Niger, Ekiti, and Bauchi, the rest were represented by deputy governors.

Facebook to toughen advertising rules for Nigeria ahead of general elections