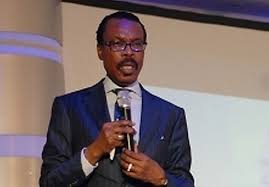 This is even as President Buhari has disclosed that those earning above the new minimum wage, will get their salaries renegotiated  after the submission of the report.

The President who said he is committed to reviewing the salaries upward, said the committee has a month to complete and summit its report.

Others on board from the private sector are  former Chairman of the Federal Inland Revenue Service (FIRS), Mrs. Ifueko Omoigui-Okauru, Sulieman Barry, Dr Ayo Teriba, and Prof. Akpan Ekpo.

The inauguration took place shortly before the commencement of the first Federal Executive Council (FEC) meeting for the year.

According to President Buhari, “I want to make it clear that there is no question about whether the National Minimum Wage will be reviewed upwards. I am committed to a review of the Minimum Wage.

“Also, it is important to explain that even though the subject of a National Minimum Wage is in the Exclusive Legislative List, we have been meeting with the State Governors because it is imperative that the Federal Government carries the State Governments along in determining any upward review of the minimum wage for workers.

“This is especially necessary considering the prevailing public sector revenue challenges, which have made it extremely difficult for some of the governments to pay workers as and when due.

“As you know we, at the Federal level, have made adequate provision for the increase in the Minimum Wage in our 2019 Budget proposals which we submitted to the National Assembly. Therefore, we will be able to meet the additional costs that will be incurred in moving up all personnel who are currently earning below the new minimum wage.

“However, we anticipate that after the new minimum wage has been passed into law we will be going into negotiations for salary review for all the workers who are already earning above the new minimum wage. It is therefore important that we are properly prepared to meet these demands.

“We must therefore look at ways of implementing these consequential wage adjustments in a manner that does not have adverse effects on our national development plans, as laid out in the Economic Recovery and Growth Plan (ERGP). The ERGP sets appropriate targets for levels of Capital Expenditure, Public Debt, Inflation, Employment, etc. It is absolutely important that the implementation of a new minimum wage does not adversely affect these targets, and thereby erode the envisaged gains for the workers.

“It is against this background that I have set up a Technical Committee to advise Government on how best to fund, in a sustained manner, the additional costs that will arise from the implementation of the consequential increases in salaries and allowances for workers currently earning above the new minimum wage.” 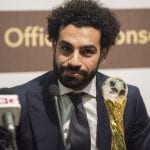 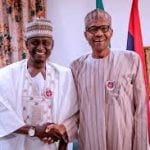