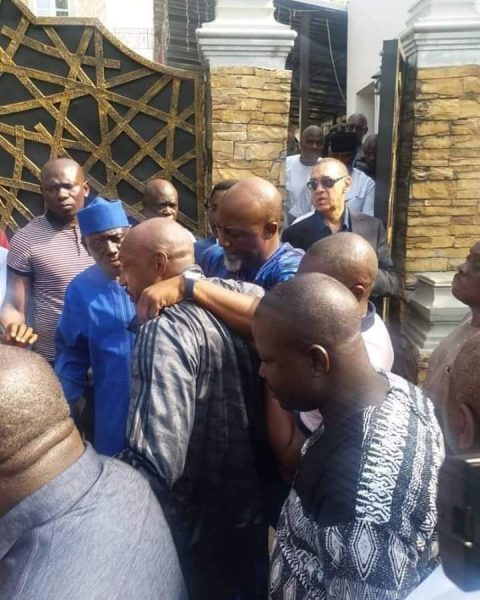 Senator Dino Melaye has finally emerged from his Maitama, Abuja mansion after a week standoff with police.

Dozens of policemen had stormed Melaye’s mansion last week Friday in an attempt to arrest him for interrogation over the alleged shooting of one Sgt. Aliyu.

The policeman, who is said to be lying critically ill at the Federal Medical Centre, Lokoja was said to have been injured by suspected thugs loyal to the senator in Kogi State last year July.

Dino has accused the Kogi state governor of being responsible for his ordeal.

Dino Melaye Finally Surrenders After One-Week Standoff With Cops
Share
Subscribe to our newsletter
Sign up here to get the latest news, updates and special offers delivered directly to your inbox.
You can unsubscribe at any time

Buhari pledges to care for pensioners