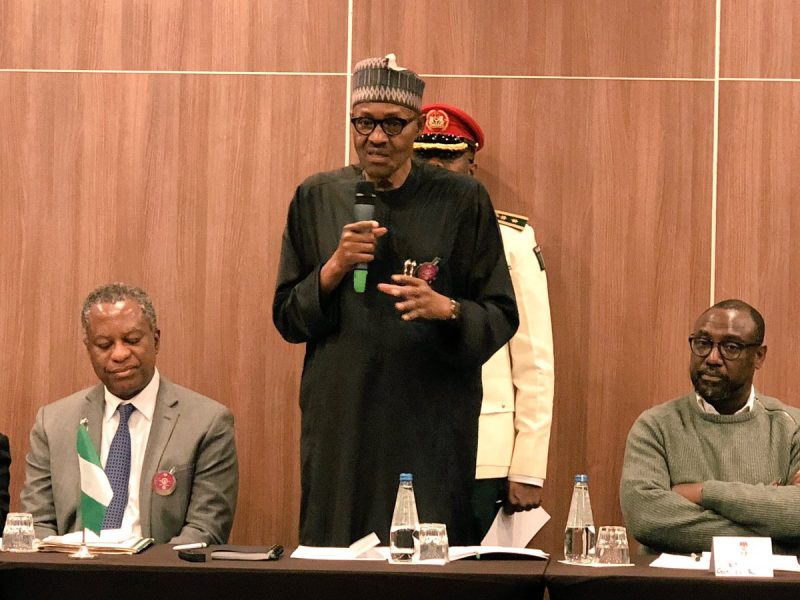 President Muhammadu Buhari has appreciated the confidence reposed in him by Nigerians from different walks of life, vowing; “I won’t disappoint.”

The President spoke Thursday at State House, Abuja, as he was decorated Grand Patron of the Nigerian Media Merit Award (NMMA) by the Board of Trustees of the prime media awards organization in the country.

He described the investiture as “a timely honour,” adding that he had known a good number of the members of the NMMA board, “since the time I didn’t even know I would be here.”

Former Director-General of the Nigerian Television Authority, Engr. Vincent Maduka, who led the delegation, said President Buhari was qualified to be grand patron, “because you respect the rights of the media to practice, without any hindrance.”

It was noted that under President Buhari, no media house has been shut, and the first ever campus television license was awarded to the University of Lagos, under the chairmanship of veteran Mass Communication teacher, Professor Ralph Akinfeleye.

Engr. Maduka said the NMMA was established in 1990, to promote excellence in Nigerian media, and has hosted 26 grand award presentations, with the latest holding just a week ago.

Part of the goals of NMMA, he added, was the promotion of patriotism, and unity of the country

President Muhammadu Buhari
Share
Subscribe to our newsletter
Sign up here to get the latest news, updates and special offers delivered directly to your inbox.
You can unsubscribe at any time