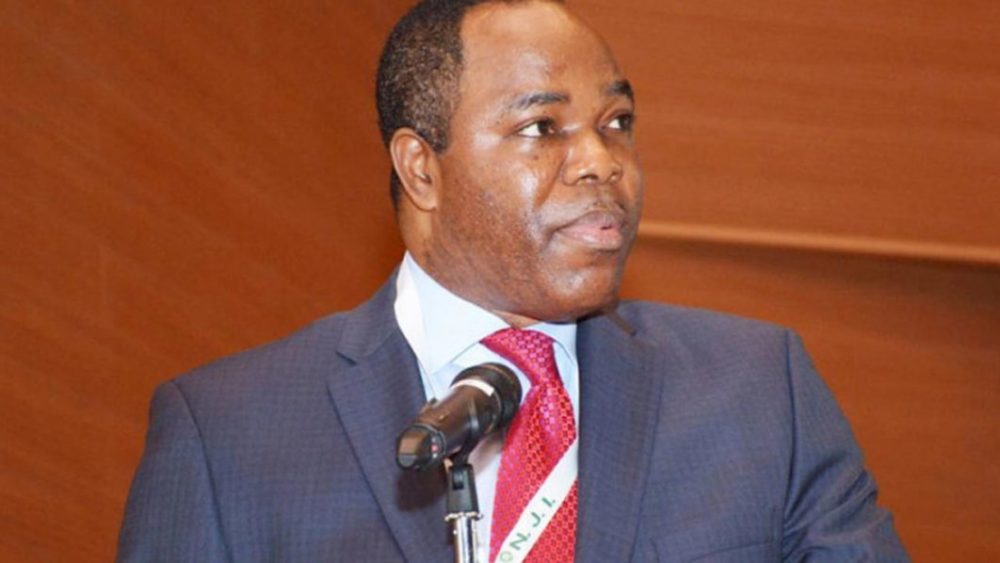 Justice Nnamdi Dimgba of the Federal High Court sitting in Abuja on Monday, admitted to bail a former Chairman of the defunct Skye Bank, now Polaris Bank, Dr. Tunde Ayeni, and a former Managing Director of the bank, Timothy Oguntayo, in the sum of N50 million each in a money laundering suit filed against them by the Federal Government.

The duo were arraigned on a eight count money laundering charge  involving N4.75 billion and $5million, which they pleaded not guilty.

Following the not guilty plea, the prosecuting counsel, Abba Mohammed, prayed the court for a date to commence trial and asked that the defendants be remanded in prison custody pending commencement of trial.

The defendants lawyers, Chief Wole Olanipekun (SAN) and Tola Oshodi (SAN), respectively, told the court that there were pending bail applications filed on behalf of their clients which had already been served on the prosecution.

The court, however, noted the need for speedy trial as provided for by the Administrative of Criminal Justice Act.

The trial judge, Justice Nnamdi Dimgba, subsequently  admitted the duo to bail in the sum of N50 million each and two sureties each in like sum.

The court had earlier  noted the submission of the defense counsel, that the defendants are on administrative bail by the EFCC, and that they have been on their own keeping their dates with the anti-graft agency for over a year now. Justice Dimgba in granting the bail gave the defendants  36 hours to perfect the condition.

The court ordered that should any of the sureties be a civil servant, the person must be an assistant director and if a private citizen, the person must own landed property in Abuja or Lagos.

They are to present to the court, evidence of ownership of such property.

The defendants are to deposit their international passport with the registry of the court, and should not travel out of the country without the consent of the court.

He case was later adjourned till February 13 and 14, 2019, for commencement of trial.

Alleged money laundering: Ex-Skye Bank ChairmanDr. Tunde Ayeni
Share
Subscribe to our newsletter
Sign up here to get the latest news, updates and special offers delivered directly to your inbox.
You can unsubscribe at any time