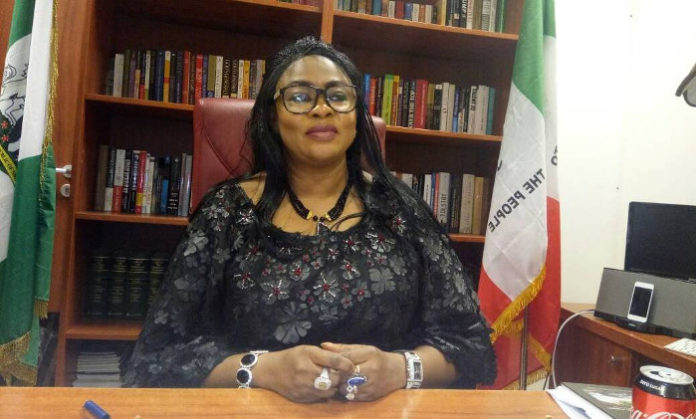 The Special Presidential Investigation Panel for the Recovery of Public Funds (SPIPRPP), revealed that it has submitted names of 39 alleged treasury looters to the Nigeria Immigration Service (NIS), to restrict them from traveling out of the country.

The Chairman of the panel, Okoi Obono-Obla, who disclosed this at a press briefing, on Monday in Abuja said the action was in accordance with the provisions of the Executive Order No 6 of 2018.

Obono-Obla stated that Ike Ekweremadu, Stella Odua, Abel Bassey, David Mark and Dimeji Bankole were being charged to court for refusing to declare their assets, while Sen. Hope Uzodinma was being charged with diversion of public funds worth $12.5m, for the dredging of the Calabar port.

He denied accusations by Sen. Uzodinma that the panel was being instigated against him by the Imo state Governor, Rochas Okorocha, with whom he fought a vicious political battle over the governorship ticket of the ruling All Progressives Congress APC in the state.

He said: “The Presidential Panel has requested the Nigeria Immigration Service (NIS), to place a travel ban on some persons who are alleged to have abused their offices and looted our commonwealth.”

He further revealed that the panel in partnership with the Nigerian Intelligence Agency (NIA), was investigating some Nigerians allegedly implicated in the Paradise Panama Papers, as he promised that “findings will be made available to Nigerians in due course.”

He said: “The panel is investigating the Tumsah brothers; Tijani Tumsah, Vice Chairman, Presidential Initiative on North East and Ibrahim Tumsah, Director, Finance and Accounts, Federal Ministry of Power, Works and Housing, for abuse of office, corruption and possession of unaccounted suspicious wealth beyond their legitimate earnings.

Obono-Obla said: “The Panel has recovered an assortment of 86 brand-new luxury and sophisticated cars from the duo; 23 of those vehicles are bullet-proof without the requisite permits.

“We also recovered from them several choice properties, located in highbrow areas of Abuja and a quarry in Kuje, the Federal Capital Territory. The panel has since obtained an interim order of forfeiture from FCT High Court in Abuja in respect of these properties.

“In a counter move, typical of corruption fighting back, the duo recently approached Court of Appeal that held that the panel does not have power to obtain interim forfeiture from the FCT High Court pursuant to the EFCC Act, but from the Federal High Court pursuant to the recovery of public property (special provision) Act 2004, which has mischievously been misinterpreted and deliberately propagated by the appellants to mean that this panel has no power to prosecute any matter in any court.”

Still on recovery of properties, the panel said it had recovered 18 Innoson SUV vehicles from former commissioners of  National Population Commission (NPC), who unilaterally appropriated to themselves their assigned official vehicles at the end of their tenures.

Speaking further, the chairman of the panel, disclosed another recovery of over N43 billion unserviceable loans for the Federal Mortgage Bank of Nigeria (FMBN).

He said: “The SPIP, in collaboration with the FMBN, has recovered for the bank previously unserviceable loans in excess of 43 billion.
“This recovery is expected to boost the bank’s capacity and re-position it to better perform its statutory role of facilitating the provision of housing for all Nigerians.

“The panel received intelligence on sharp practices at NEXIM Bank, and proceeded to investigate.”

According to him, findings revealed that rather than promote export and import activities, the previous management of NEXIM Bank, in connivance with persons of similar fraudulent disposition engaged insider illegalities and embezzlement to the tune of N523,200,000 cash and land valued at N 1.5 billion recovered from Aso Bank to Nexim Bank.

He further added that the federal government has written the National Crime Commission of the United Kingdom (UK), to assist in the investigation of five senators with properties in the UK and the British Virgin Islands 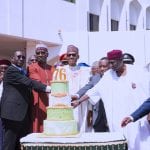 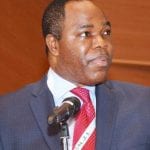