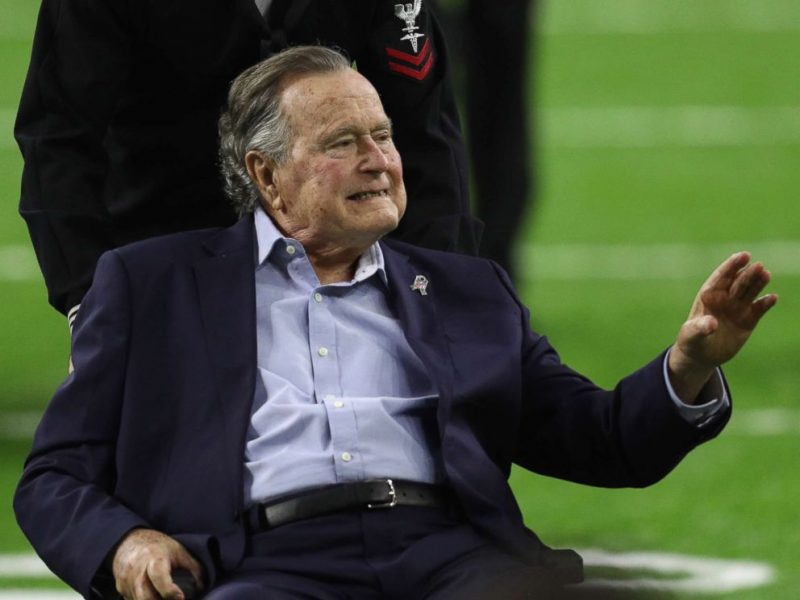 George Herbert Walker Bush, the president who managed the end of the Cold War and forged a global coalition to oust Iraqi forces from Kuwait, has died at age 94. In a political career that spanned three decades, he lost his bid for re-election and lived to see his son win the Oval Office.

His death was announced by his family Friday night. The president’s health had been in decline in recent months.

The elder Bush entered the Oval Office with the longest political resume of any president in modern times: congressman. United Nations ambassador. Republican national chairman. U.S. liaison to China. Director of the CIA. When he lost the GOP presidential nomination in 1980 to Ronald Reagan, the former California governor and primary foe offered him the vice presidency, a role he filled for eight years before winning the top job himself in 1988 over Democrat Michael Dukakis.

But Bush’s bid for a second term in 1992 was rebuffed by voters who weren’t convinced he understood the economic anxieties in their lives, choosing Bill Clinton instead.

His son George W. Bush, who served as the country’s 43rd president, released a statement of his own from the family.

“Jeb, Neil, Marvin, Doro, and I are saddened to announce that after 94 remarkable years, our dear Dad has died,” George W. Bush said. “George H. W. Bush was a man of the highest character and the best dad a son or daughter could ask for. The entire Bush family is deeply grateful for 41’s life and love, for the compassion of those who have cared and prayed for Dad, and for the condolences of our friends and fellow citizens.”

The son of Senator Prescott Bush, George Herbert Walker Bush was born on June 12, 1924 in Milton, Mass. After enlisting in the armed forces on his 18th birthday, Bush become the youngest pilot in the entire Navy. During his service, Bush was awarded the Distinguished Flying Cross for bravery in action. His plane was shot down over Chichijima. He parachuted and was rescued from the ocean waters.

He served through the end of World War II, going on to study at Yale University and marrying Barbara Pierce in 1945. Together they had six children: George, Robin (who died as a child), Jeb, Neil, Marvin, and Dorothy. He and the family took up residence in West Texas and Bush entered the oil industry. By the age of 40, Bush had become a millionaire.

Shortly after founding his own oil company, Bush entered politics and served two terms as congressman. After two unsuccessful runs for senator, he sat in a variety of high-level positions: Ambassador to the United Nations, Chairman of the Republican National Committee, Chief of the U. S. Liaison Office in the People’s Republic of China, and Director of the Central Intelligence Agency.

Bush was nominated as Ronald Reagan’s running mate in the 1980 presidential election after losing to him in the primary. As vice president, Bush ran administrative task forces on deregulation and the War on Drugs.

Tony Anenih: The end of an era