What You Need To Know About U.S Air Force One

It may amaze you to know that the U.S Air Force One is actually a very speedy plane. How fast can it fly? If you guessed over 700 miles per hour, congratulations! In addition to being extremely fast, Air Force One can also fly at heights of up to 45,000 feet, which is a full 10,000 feet higher than other passenger airliners that you or I might fly on. Best of all for the president, Air Force One flies very smoothly.

So, we already know that Air Force One is a very fast aircraft. We also know that it can fly at a high altitude and very smoothly, at that. But another amazing fact about Air Force One is that since it can refuel in the sky, it doesn’t have to come down for very long periods of time. Air Force One has a huge gas tank that holds over 3,000 gallons of fuel, which gives the plane even more time before it has to come down to earth. 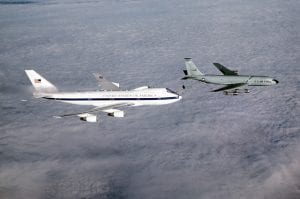 Often, the sitting president will have to take very long flights. It’s at these times that it’s good to have a lot of good eating options available, since travel often takes place during mealtimes. On Air Force One, there are two very large kitchens that have a variety of food available. Top chefs work on the aircraft and each kitchen can actually hold as many as 100 people at once. That’s truly a huge kitchen. 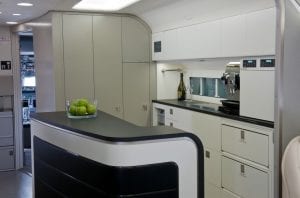 If there’s one thing that the president always needs, it’s to be in touch with other world and national leaders at a moment’s notice. Fortunately, Air Force One has more than 85 phones! Not only that, but the phones are actually even more secure than the ones in the White House! There’s the Airborne Executive Phone, which includes a light that illuminates whenever the line is secure. There are also less secure lines for press and other staff members. 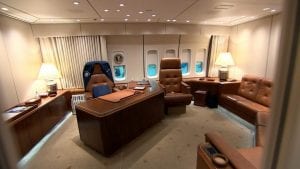 Air Force One is a truly gargantuan airplane. How big is it? It’s larger than many houses, actually, as it boasts 4,000 square feet of room spread across three full stories of space. The president has plenty of room, too: the president has an office, a personal lavatory, and a conference room for meetings. Special guests also have private quarters and everything from the furniture to the decor is like something out of a mansion. 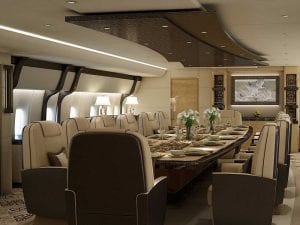 Now that you know a little bit more about Air Force One and how amazing it is, you are probably a bit curious about how much it costs to operate such an absolute behemoth. Well, it’s not cheap! In fact, it costs $206,000 per hour to operate Air Force One, which is expensive even when compared to commercial airline operating costs of $20,000 an hour. During his first month in office alone, President Trump accumulated $10 million in traveling costs. 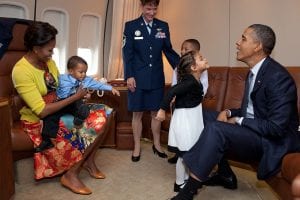 Obviously, Air Force One must always make use of regular, commercial airports when making a stop somewhere. Therefore, there is a strict procedure that is used for those special times. The airport that will be hosting Air Force One is always made aware of their arrival so that they can clear the entire air space an hour beforehand. Then, when the plane lands, the president doesn’t have to go into the airport – he is directly transferred to a Cadillac One called “The Beast.”

It may seem at this point like Air Force One is ready for anything. Well, you’re not wrong in that assumption! In fact, even if someone gets sick or seriously ill while on board, Air Force One has the issue covered. There’s a miniature hospital on board with a doctor and other medical personnel. That means that important people can travel even if they are ill or concerned about becoming ill. And you have to wonder how much that doctor gets paid?
Earlier, we talked about the fact that some very historic business sometimes takes place while Air Force One is in mid-flight. One of these times took place in August 1974. That’s when sitting president Richard Nixon boarded Air Force One to fly back to California after his resignation. While the flight was in the air, the presidency was officially moved to Gerald Ford, meaning Nixon left as president and landed as a former president.
Share
Subscribe to our newsletter
Sign up here to get the latest news, updates and special offers delivered directly to your inbox.
You can unsubscribe at any time