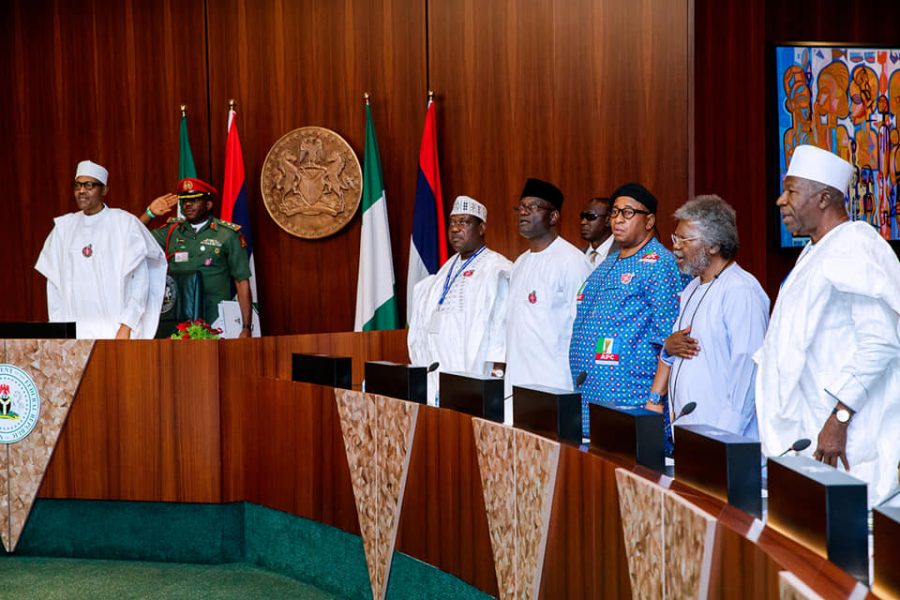 He said leaders who undermine the economy by denying workers their benefits, while stuffing personal accounts with public funds will not escape the current anti-corruption dragnet.

Receiving All Progressives Congress (APC) delegation from Benue State, led by Sen. George Akume, President Buhari said the Federal Government’s bailout to states and Paris Club funds were basically to alleviate the sufferings of the people, describing misappropriations as unjust and unfair to workers.

“I honestly don’t know how people sleep when workers have not been paid. The workers have to pay rent, buy food, send their children to school and they have healthcare to take care of.

“I assure you that my main interest is all Nigerians in all parts of the country. Therefore, if anybody who tries to create any impression that I prefer any group across ethnicity or religion let him dare me by being caught red handed stealing public funds.  I will deal with him,” he said.

The President told the APC delegation that the Federal Executive Council had been monitoring the plight of workers across the country and utilisation of the bailout and Paris Club funds by some states.

“I thank you for your courage to come and see me. This visit has resuscitated our morale,” he said.

President Buhari said the Federal Government had made significant progress in diversifying the economy by investing in agriculture and encouraging more individuals and entrepreneurs to go into farming, pointing out that Nigeria would soon become self-sufficient in feeding its citizenry.

“We are proud of what we have achieved with resources at our disposal,” he added, listing ongoing road, rail, sea port, airport and power projects as hallmarks of his administration’s commitment to improving lives.

President Buhari vows harder corruption crackdown
Share
Subscribe to our newsletter
Sign up here to get the latest news, updates and special offers delivered directly to your inbox.
You can unsubscribe at any time

Killings of Nigerian Soldiers in Military base spark public fury