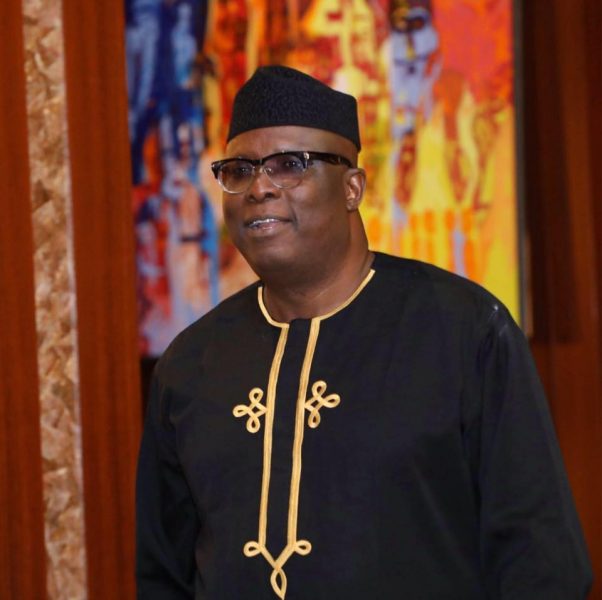 By Sen Babafemi Ojudu
Be careful what you ask for, people say, because you may get it. As a journalist, one cannot but ask for so many things, particularly chance or arranged encounters with some of the best newsmakers anyone could meet in the line of business. But nothing prepared us for a visit to our group, TheNEWS/TEMPO, by Illyasu Dhacko. No, Dhacko wasn’t the newsmaker we had hoped to meet. At the time, he had just retired from the United Bank for Africa or is it Union Bank?) He said he had a message for us. Who from? From an unexpected quarter. General Ibrahim Badamasi Babangida, the just ‘stepped aside’ military President of Nigeria. Ah, IBB! Dhacko, who is now a chief and a politician in Minna, was IBB’s public relations consultant. He told us his client would like to meet with the leadership of our group. We were not quite sure what to make of this invitation.

We quickly made a few checks and found out that the invitation was real. Who would refuse an invitation from such a charming political dribbler as IBB? For his political prowess, he was commonly referred to then and now as Maradona, so named after the great Argentine footballer. He was, without debate, one of the few Nigerian rulers who prepared himself for leadership. He may have been short on vision but he was knowledgeable in the art of manipulation of the levers of power, for he is a thoroughbred student of Machiavelli

In his prime, IBB, any day, was good copy and a journalist’s delight. We were ready and we sent word back that we were prepared to meet with him. The outcome we expected clearly outweighed our fear of meeting this lion ,we had so despised, in his den.

We got a date. The lot fell on me and my colleague, Mr Bayo Onanuga, who was Editor-in-Chief & Managing Director of our Group. Also on the party was one of our new hires, Mr Muyiwa Adekeye, who was one of the bright young men and women we had brought on board as researchers/reporters. In this class of resourceful reporters were Ebenezer Obadare, Akin Adesokan, Jenkins Alumona, Waziri Adio and several others. At our management meeting, we had resolved to take a young reporter along with us so he could bear us witness, should the gap- toothed one decide to play foul.

We took an Abuja-bound flight from the local wing of the Murtala Mohammed Airport in Ikeja.  From Abuja, we took a taxi ride to Minna. The road was not as bad as it is now, after all, IBB had just left power and attention was paid to the road by sycophantic public officials whilst he was in power. In less than one and a half hours we made our way to Minna and headed for the best hotel in town where we took rooms and contacted Illyasu Dhacko.

On the dot of 8.00 pm, we were at the intimidating Hilltop Villa to keep the appointment to see our man. What first struck me on entering the compound was a big bull that seemed to be the totem of the man we were there to see. Well-fed and majestic in its appearance, its image and that of IBB kept ringing in my head as I tried to dismiss the fear, curiosity and expectations of what or whom we were about to confront.

After all we had reported and written about the dictator in the course of his military career, particularly in the eight years he ruled and dominated the political space in Nigeria, it was only natural to nurse apprehensions about putting a real face to his many deeds.

There was a bit of a sense of relief when we were eventually ushered into the living room where he met with us. IBB flashed his trade mark smile, exposing the legendary gap tooth. He was as charming as we had been informed by those who were close to him or had one way or the other encountered him.

‘Bayo, Bayo,’’ he hailed Onanuga in his thinly sonorous voice as he walked in and offered his hand. He called the rest of us by our names and greeted us individually as if we had been next door neighbours for years. IBB was and still is impressive in his inter-personal relations. He had gazillions of emotional intelligence. If you are the vain type, you could easily be carried away and get sucked into the belly of the bull.

“How are you people? How is the magazine doing?” he asked in rapid succession without actually waiting for answers. “We are fine,” we all said in unison. It did not seem like our answers, one way or the other, would really have mattered to him anyway. Smoothly, he went on: “I was looking forward to seeing some old and battle-weary men; I didn’t know you people are this young.”

We exchanged more pleasantries. Bayo, Muyiwa and I exchanged glances thinking about the tons of exclusive stories we would get out of this encounter. Left unsaid was whether we even had enough reams of newsprints for the print run we had begun to dream about. Typically, IBB dropped a bomb so casually. He told us he only wanted to meet us and was not yet ready to grant any interview. He looked us hard in the face and asked: “how do you people get your information? Who are your sources? What motivates you?” He did not betray any emotion, be it of anger or friendship. He continued: “We held meetings at very high level and no sooner after, details of the meeting are there in your publications.” At that point, we were no longer sure whether he was thinking aloud or he was venting his frustrations at the effectiveness of our journalistic networks and the helplessness, if not hopelessness, of his security networks.

We smiled and refused to offer any information. My eyes darted across the expansive living room waiting to decipher any sign that portended danger. I was not relaxed. When we were served coffee by one of his aides, most of mine ended up on his carpet.

And then the revelation. “I had two very serious challenges in the course of my eight years. They were your publications and the 1990 coup. Those were two major challenges that gave me hell,” he said. We took this as a compliment.

A bit more relaxed, he told us stories about power and politics. He spoke of how a friend of his brought someone to him who was interested in being president. He said he called his friend aside and asked why he had brought someone else when he was more eminently qualified than the man he brought. A few days later, he said, his friend’s poster littered every available space.

He related the story of another powerful Northerner who came to him and said a lot of unprintable things about the late General Sani Abacha. He said he listened carefully to him and recorded him, knowing that the man would proceed to Abacha to lie against him (IBB). He said he put a call to Abacha as soon as his visitor left to inform him of what had transpired. As he suspected, the fellow went to Abacha and lied against him. Abacha was ready, and he threw the fellow out of The Villa.

IBB also told us another story of a professor who headed a government agency under his administration. The professor had gone all out to criticize his administration and said unprintable things about his government. While in government, he said, he had had cause to ask then Inspector General of Police, Muhammadu Gambo Jimeta, to investigate the Prof.

“You know when you give Gambo an assignment, you can expect an overkill,” IBB said with a smile on his face. “I had a file that contained the report. I copied a few things from it and sent it to our friend. He has kept his mouth shut ever since,” he said mischievously.

He regaled us with several other stories. One of us then said: “it appears you people see governance as a game.”

IBB said yes. “For us it is a game; it is you people who take things too seriously.”

He then launched into a story of how he once disgraced Prof. Ango Abdullahi, the former Vice Chancellor of the Ahmadu Bello University, Zaria. Ango, he said, was going to contest to go to the Assembly instituted by him (IBB). He said he laughed and reached out to a young man that Abdullahi had expelled from ABU. The young man, he said, gave his former VC a drubbing at the election.

We were shocked and then pursued further our argument that he and members of the ruling class did not take Nigeria seriously enough. “If you continue this way, don’t you think Nigeria could fall into a precipice?” one of us asked. He laughed and said it was not possible. He got fatalistic: “It is not possible; whenever that is about to happen, there is a hand somewhere that pulls Nigeria back.”

It was late and we had spent about three hours with him. Hours in which we did not get any chance at conducting a formal interview. We thanked him for giving us his time and for his hospitality. He saw us to the door and we continued to chat as he held on to the door. Soon, someone emerged, dragging out a ‘Ghana must go’ bag. “Gentlemen, that is for you,” IBB said.

We laughed. “No,” we said, “It is sufficient for us to have had audience with you and to be your friend after all the years of enmity between us.” We told him if we collected money from him we would not be free with him.

We could see surprise written all over his face. He must have encountered several so-called rich men with big names and huge reputation who could not reject his offer of money. As we made to enter the car that brought us he called and said jokingly: “gentlemen, I hope you are not sleeping alone? I am still very much ‘in town’ and can ‘arrange’ for you.”

We thanked him profusely, saying we had been on the road since morning and couldn’t wait to have a good rest. He asked how we were going to get back to Abuja the following morning to take a flight back to Lagos. “Illyasu, let me know when they are ready. I will send a car to take them to Abuja.” We thanked him for his generosity and headed back to our hotel.

I slept all night with one eye open. When it was 5.00 am I put a call through to Bayo and said we should get out of town. Before 6.00am we were at the motor park. We quickly hired a Peugeot 504 salon car and left Minna for Abuja.

Ojudu is Special Adviser to the President on Political Matters 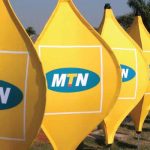 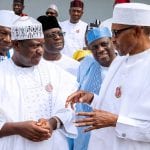