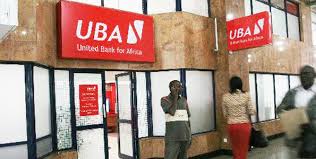 UBA Foundation, the corporate social responsibility arm of the United Bank for Africa (UBA) Plc, has announced the twelve finalists for the 2018 edition of its annual National Essay Competition.

The 12 finalists will sit for the second round of the competition, where three winners will emerge after undergoing supervised essay writing on a different topic from the original entry, on Saturday November 25, 2018 at the Bank’s headquarters in Lagos, the bank said on Thursday.

The 12 finalists were selected after a very tedious grading process undertaken by a distinguished panel of judges made up of top professors from reputable higher institutions from the four geographical zones in Nigeria. The students were graded using some parameters including grammar, articulation, arrangement, handwriting, punctuation and strength of argument.

Interestingly, this year’s edition recorded the highest participation, with more entries coming in from various secondary schools across the country – even after entries had been closed. In all, over 6,000 entries were received for this year’s edition.

This year, the topic is “What is the biggest environmental issue you think your generation will face? How can it be avoided and how can it be solved?”

The Chief Executive Officer of UBA Foundation, Mrs. Bola Atta, who announced the new prizes explained that the first prize for the UBA National Essay Competition is a N2 million educational grant for the winner to study in any African university of his or her choice, a 100% increase from N1m which was awarded last year, while the second and third prizes have increased to N1.5 million and N1m educational grants respectively, up from N750,000 and N500,000 previously obtained.

Atta also explained that the choice of topic for this year’s competition is one that helps promote creative and analytical thinking in students and encourages them to be problem solvers.

UBA is one of Africa’s leading banks with operations in 20 African countries. It also has presence in the global financial centres; London, New York and Paris.  UBA provides banking services to more than 15 million customers globally, through diverse channels.

United Bank for Africa (UBA) Plc
Share
Subscribe to our newsletter
Sign up here to get the latest news, updates and special offers delivered directly to your inbox.
You can unsubscribe at any time