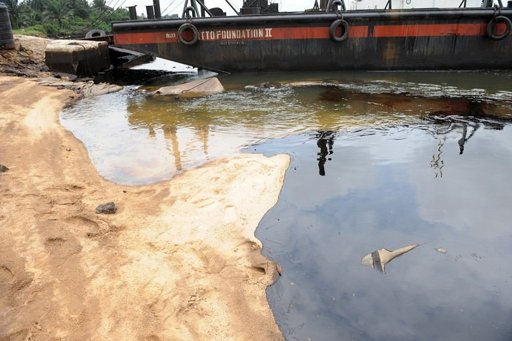 The Federal Government on Wednesday announced that 21 firms are to mobilise to site in the next two weeks following the contribution of $180 million by major oil companies for the clean-up of the Ogoni oil spills and reclamation of the environment.

The Minister of State for Environment, Ibrahim Jubril, revealed that the $180 million was currently domiciled in a special Escrow account with the Standard Chartered Bank of London.

He further explained that the funds were rallied from the Nigerian National Petroleum Corporation (NNPC), Shell Petroleum Development Company (SPDC) and other joint ventures companies and were being managed by the board of trustees of HYPREP (Hydro-Carbon Pollution Restoration Project).

“Currently, there is funding for the cleanup. But remember that this is the first time the government has done something. Because of the confidence that the oil companies have in the government, the governance structures that have been put in place, the opening of the Ogoni Trust Fund has been able to mobilize $180million dollars from the oil companies.

“The funds came from the NNPC, SPDC and other ventures. The $180 million is in the Escrow account with the Standard Chartered Bank of London and the Board of Trustee is managing it.

“So, as far as we are concerned, we can beat our chest and say that the Buhari administration has shown the way forward on this clean up exercise and we hope and pray that the people whom we are working for will have cause to laugh and smile very soon,” he stated.

Jibrin explained that the shortlisting of qualified companies which had been ongoing for couple of weeks now, has been concluded and “I can confidently tell you that before the end of this month, in the next week’s, there will be 21 companies that will be mobilised to site to start the work.”

He revealed that the Ministerial Tender Board sat a day earlier to consider the submission of the procurement department of Hydrocarbon Pollution Remediation Project (HYPREP) and 15 lots were up for grabs, which the governing council of the Ogoni Trust Fund will meet this Friday to ratify with the hope that the contractors will be mobilized to site next week or after.

“There are some other five lots. Because we are 21 in this first segment that are beyond the reach of the Ministerial Tender Board and the Governing Council, that one will go to the Federal Executive Council.

“We have already written to BPP for ‘no-objection’ and we hope to get the ‘no-objection’ hopefully by next week. So, the next two weeks those five lots will be presented to the Federal Executive Council for approval. So I can assure you that we are on course and there is no going back on the Ogoni clean up”, he stated.

Ogoni Clean-up commences in two weeks - FG
Share
Subscribe to our newsletter
Sign up here to get the latest news, updates and special offers delivered directly to your inbox.
You can unsubscribe at any time

Many States ‘will go bankrupt’, if we pay N30,000 minimum wage, Governor warns