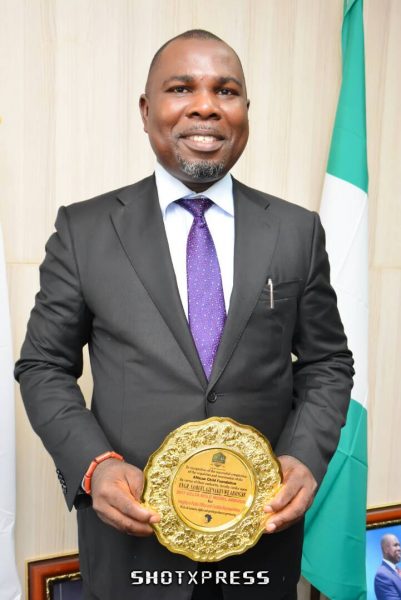 Share
The Niger Delta Development Commission, NDDC, has re-affirmed the determination of the President Muhammadu Buhari administration and the Commission to step up the completion of quality projects in the Niger Delta region.
“Just like the newly commissioned Port Harcourt International Airport Terminal and several other mega projects by the Federal Government, NDDC will continue to deliver impactful projects such as the now completed Ogbia-Nembe road, said  NDDC Executive Director Projects, Engr Dr Samuel Adjogbe, in an interview in Port Harcourt, Rivers State, after being honoured for ‘Outstanding Performance in Leading Change’ at the Garden City Advancement Awards.
He said President Buhari’s commitment to infrastructural development was visible in the Niger Delta region and the nation at large, especially with the recent commissioning of the Port Harcourt International Airport Terminal by the Federal Government.
Don't Miss

Adjogbe who was represented by his Technical Assistant, Mr Nelson Onwo, noted that “with the spate of completed projects so far, one will agree that such commitment to infrastructural project development has never been demonstrated before now.”
Presenting the Award, Keynote Speaker at the event, Prof. Isaac Zeb-Obipi said the award was recognition of the NDDC Executive Director’s continual support and exceptional contributions to the advancement of the nation.
He noted that Dr Adjogbe had demonstrated exemplary leadership in the performance of his job at the NDDC, adding that such attributes were worthy of emulation.

Dr. Samuel AdjogbeNNPC
Share
Subscribe to our newsletter
Sign up here to get the latest news, updates and special offers delivered directly to your inbox.
You can unsubscribe at any time