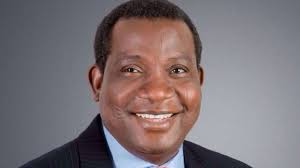 Plateau State Governor, Simon Lalong on Tuesday, accused community and religious leaders in his state of shielding criminals which atimes lead to crisis in the state.

He has therefore warned that henceforth, community leaders will be held responsible for criminal activities in their domain if they fail to produce the culprits.

The Governor spoke to State House Correspondents after he accompanied members of the Church of Christ in Nigeria (COCIN) to the Presidential Villa to meet with President Muhammadu Buhari over the murder of Major Gen Idris Alkali.

Lalong describes as disheartening that the same people craving for peace aid and abet crime by hiding those behind it.

In the case of Gen Alkali, Lalong said if the community heads had exposed the crime earlier, the situation wouldn’t have degenerated to the current state.

Alkali was declared missing on his way to Bauchi after leaving Abuja in the morning of September 3, prompting the Chief of Army Staff, Lt.-Gen. Tukur Buratai, to set up an operation to search for him.

While the search lasted, the car with which the late General was travelling with was found in a pond in Jos South Local Government Area. His remains which was initially buried in a grave was later exhumed and thrown into a well when the Army intensified their search.

Lalong said, “The people of Plateau are making their complains, everybody has a right to make complains but as far as the government is concern in Plateau, we have done a lot, we have gone far with some of the issues that were raised.

“The only one that put us back was the killing of the General. And I have also charged community leaders just like Mr. President said, I said if you want to ensure peace in your place, community leaders must also come out and expose criminals in their domain.

“They might not like me but that is what I am doing, I have said that yes you want government to work, but if I catch you or get any criminal activities in your domain, we will hold the community leader, religious responsible. We cannot claim to live in a community and we don’t know the criminals or those who are the good people in such environment.

“So we are doing our best. Even when they were doing investigation people were shouting but I insisted that this investigation must be done to the latter, they must investigate and find out those who killed the General and other people that were slaughtered on that road.

“By this they are beginning to expose the reason for some of the crisis. And I always appeal that in a society like Plateau, we must learn to live together. It is not by chance that people were born in or outside Plateau, God brought us together and so if we want peace we must embrace each other and we must also give opportunity for people to come and live in our state”.

Alkali’s Murder: Communityreligious leaders shield criminals —Lalong
Share
Subscribe to our newsletter
Sign up here to get the latest news, updates and special offers delivered directly to your inbox.
You can unsubscribe at any time