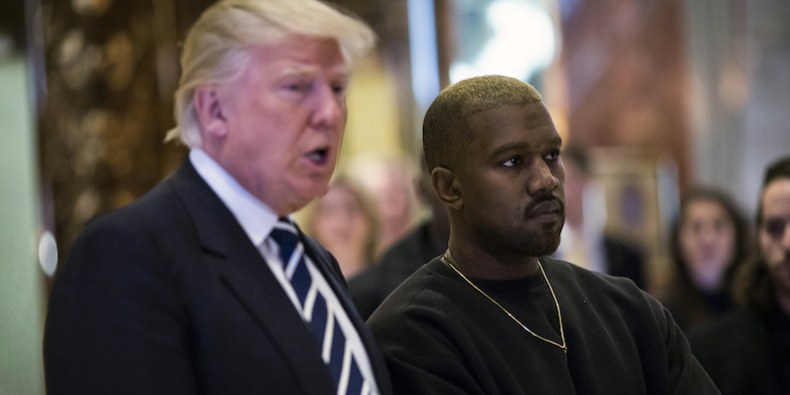 Kanye West has had a change of heart.

The polarizing rapper returned to Twitter on Tuesday afternoon, claiming he has decided to distance himself from politics after realizing he’s been used. His announcement arrived as he faces mounting backlash for his support of Donald Trump and the right-wing.

“My eyes are now wide open and now realize I’ve been used to spread messages I don’t believe in,” he wrote. “I am distancing myself from politics and completely focusing on being creative.”

Kanye specifically pointed to the newly released Blexit —T-shirt designs that encouraged black people to ditch the Democratic Party in favor of the Republican party. Though ‘Ye was originally credited for the pieces, he now claims he had nothing to do with the release, nor did he want any association with the Blexit movement.

“I introduced Candace [Owens, conservative commentator] to the person who made the logo and they didn’t want their name on it so she used mine,” he wrote. “I never wanted any association with Blexit. I have nothing to do with it.”

‘Ye also thanked everyone who supported his “ACTUAL beliefs,” suggesting his political beliefs have been misrepresented. Moments earlier, he outlined some of the issues he supports, such as prison reform, job creation, “common-sense gun laws,” as well as “compassion for people seeking asylum.”

Kanye West breaks from politicssays I've been used
Share
Subscribe to our newsletter
Sign up here to get the latest news, updates and special offers delivered directly to your inbox.
You can unsubscribe at any time

How Bill Cosby has been spending his time in prison

You have made my life complete, Mercy Aigbe showers encomiums on hubby on his…