We spent billions on 292 water projects in 7 years’, minister tells SERAP in court 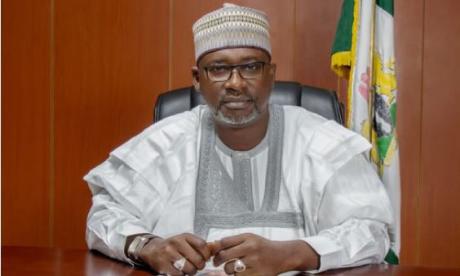 The Minister of Water Resources Engr. Suleiman Adamu has finally fulfilled his promise to render account on spending on water projects across the country by providing Socio-Economic Rights and Accountability Project (SERAP) with detailed information on spending of billions of naira on 292 projects between 2010 and 2016.The documents were presented last week before the Federal High Court in Lagos.

Mr Adamu had in September asked the court to grant the Ministry more time within which to compile and furnish SERAP with information on the spending on water, and locations of specific projects, in view of the high volume of the information involved.

When the case up last Friday, the court asked the minister’s lawyer: “If SERAP is asking for information, why is your ministry not providing it?” Mr Adamu’s lawyer answered: “we have just furnished SERAP with the information they requested.” The court welcomed the action by the ministry of water resources, and said that the ministry of agriculture too should give SERAP the information requested rather than coming to court.

SERAP deputy director Timothy Adewale said, “We are studying the large documents on spending on several water projects, with some completed but also several more uncompleted. Our team is analysing the total project sums, comparing the amounts spent on projects. We will publish the full information together with our analysis on our website and social media platforms shortly. We are now sharing the information on just 19 of the 292 projects, with summaries of some of the amounts spent. We have also set up a verification team to check the status of projects against the total amounts reportedly spent.”

SERAP also said: “We welcome Mr Adamu’s demonstrated commitment to the Freedom of Information Act. He is our Public Defender Number 1 of the FOI. We call on the Minister of Agriculture and Rural Development, Mr. Audu Ogbeh to emulate Mr Adamu by immediately releasing information on spending in his ministry, as stated by the court. The National Assembly, ministries, agencies and departments should also learn from the good example shown by Mr Adamu by honouring and respecting the FOI Act, and thereby contributing to the efforts to achieve greater level of transparency and accountability in Nigeria.”

The cover letter, together with a bundle of documents presented in open court and signed on Mr Adamu’s behalf by P.C. Mbam, Acting Director (Legal), with reference number FMWR/LU/S/401, read in part: “I have been directed to forward to SERAP the attached information you requested under the Freedom of Information Act 2011 from the Minister of Water Resources.”

The documents reveal spending on 292 projects in several parts of Nigeria between 2010 and 2016.

minister tells SERAP in courtWe spent billions on 292 water projects in 7 years’
Share
Subscribe to our newsletter
Sign up here to get the latest news, updates and special offers delivered directly to your inbox.
You can unsubscribe at any time