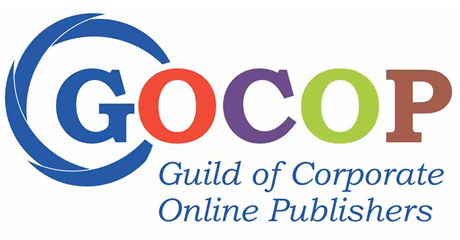 A statement released in Lagos on Wednesday by GOCOP Publicity Secretary, Olumide Iyanda, confirmed that the theme of the conference is “Online Publishers’ Role Towards a Sustainable Economy, Credible Election and Security in Nigeria.”

Former Governor of Ogun State, Aremo Olusegun Osoba (CON), has confirmed his presence as chairman of the event.

“Aremo Osoba’s choice as chairman is informed by his enviable profile as a journalist, elder statesman and peace advocate.

“He brings in a wealth of experience as former Managing Director of Daily Times Nigeria Limited, Governor of Ogun State and member of the Nigerian Constituent Assembly, among others,” the statement said.

Former Chairman of the National Human Rights Commission (NHRC) and Senior Team Manager for the Africa Program of the Open Society Justice Initiative, Prof. Chidi Odinkalu, has also confirmed his presence as the guest speaker.

“Recognised globally as an authority in international law, international economic and human rights law, public policy and political economy, Prof Odinkalu’s presentation will provide a clear roadmap for the media and other critical stakeholders in the Nigerian projects,” the statement added.

The Newspapers Proprietors Association of Nigeria (NPAN), Broadcasting Organisations of Nigeria (BON), Nigerian Guild of Editors (NGE), Nigerian Union of Journalists (NUJ) and other stakeholder groups in the media will be represented at the conference.

GOCOP represents media organisations registered in Nigeria with promoters drawn from practitioners who have served at senior levels in the profession.

All set for GOCOP second annual conference
Share
Subscribe to our newsletter
Sign up here to get the latest news, updates and special offers delivered directly to your inbox.
You can unsubscribe at any time