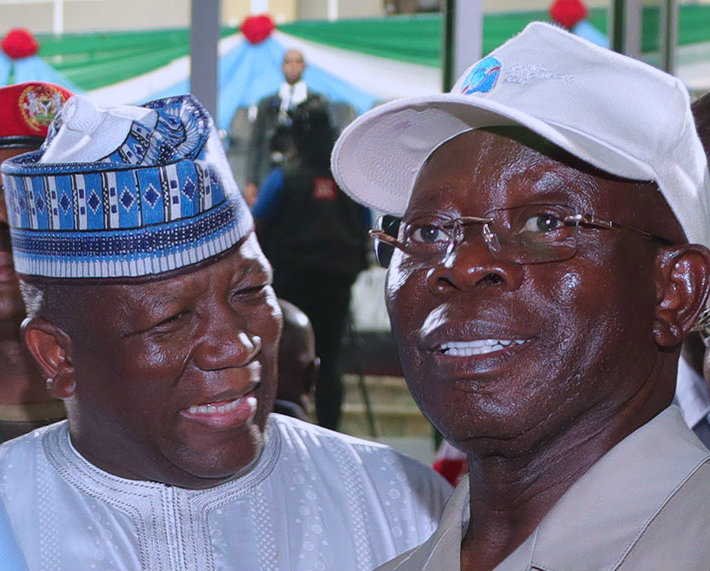 The All Progressives Congress primaries across states in Nigeria has put extraordinary strain on the party, and the cracks, long apparent to anyone paying attention, are starting to widen.

The question is no longer whether the APC will be torn apart by the just concluded primary process but how badly hurt its nominees across states will be and whether defeat will be inevitable in some strongholds.

The answer depends on candidates and on the ultimate extent of the divide. In some states’ there is little reason for APC optimism at this point.

The crises in Zamfara state’s All progressives Congress, APC, over the conduct of the primary elections to produce the governorship candidate for the scheduled 2019 election should worry all lovers of democracy in Nigeria and beyond.

Not even the magnitude of the so-called zero tolerance for corruption by the superintending presidency of Muhammadu Buhari could rein the party in to ensure and defend the integrity of the nomination process.

Per Second Newsinvestigation shows that the development has heightened the fears by Nigerians that the 2019 general election may not be credible, free and fair after all, judging by the desperation that various interest groups within the governing party had displayed to clinch the governorship ticket, especially in Zamfara state.

The fear being expressed in some circles is that if the APC could do this to people within its fold, it would certainly do more to the opposition political parties’ candidates in the 2019 general election.

Finger of guilt is already being pointed at the national chairman of the APC, Comrade Adams Oshiomhole for conducting and supervising primary elections that were shoddy, insincere and not free from bias.

Governors, ministers and legislators countrywide are largely, as reported, dissatisfied over the conduct and outcomes of the primary elections.   Influential voices in the party circles are attacking Oshiomhole more and more loudly.

The case of Zamafara state is particularly damning. Due process was reportedly violated, thus precipitating a rash of protests that point in the direction of anarchy in the build up to the 2019 general election.

Two governorship primary elections were conducted in Zamfara state by the APC. This was contrary to the position by the Independent National Electoral Commission, INEC, on the alleged failure by the governing party to conduct the exercise within stipulated timeframe.

According to investigations, the first primary election, which ended on a rancorous note, produced the governor, Mr. Abdulaziz Yari’s preferred candidate, Mukhtar Idris, who is the incumbent commissioner of finance, as winner.

On the heels of the emergence of Idris, the party leadership in Abuja had cancelled the exercise and dissolved the State Executive Committee of the party, a development which infuriated Yari.

Despite Yari’s threat not to welcome a new panel that was emplaced by the National Working Committee, NWC, to conduct a fresh primary election, the panel had proceeded with the exercise that produced a multi-billionaire businessman-politician, Alhaji Lawan Dauda, who is the preferred candidate of the Abuja powerful political interest group.

The political interest group in Abuja does not want Idris as the party’s candidate in next year’s governorship election. The implication is that the party does not want Yari to determine his successor.

But the governor and his team allegedly boycotted the second exercise which, according to report did not hold because of the organised disruption of the process by loyalists of Senator Kabiru Marafa, who was also interested in the governorship ticket.

The NWC panel claimed it conducted the process in the conference hall of a hotel in Gusau during which Lawan Dauda emerged as the governorship candidate.

Sources close to the development hinted that Dauda had heavily funded the Abuja group to sway the party’s ticket in his favour.

Investigation further revealed that there is a third interest, led by Oshiomhole, which had rooted for the emergence of Senator Marafa, as the governorship candidate.

Oshiomhole was said to have preferred Marafa’s candidature in line with an earlier promise made to senators loyal to the party and President Muhammadu Buhari in the APC that their political interests in 2019 would be accommodated and protected by the party.

Already the APC leadership had tackled the INEC on its claim of non-conduct of primary elections in Zamfara and the memo to it (APC) that it was not expected to field candidates for elections into the governorship, national assembly and state legislature seats in 2019.

While Oshiomhole had insisted that the party would field candidates for all the elections, Yari had gone ahead to institute a court case that the party should be compelled to recognise the outcomes of his primary election that produced Idris as the governorship candidate.

Besides, in order to carry every interest along, the APC in the state had already agreed to resolve the crises through a consensus arrangement and has set out to send a list of candidates to the INEC based on consensus.

A source close to the development said that Governor Yari was shocked that he could be treated shabbily after he had helped both the APC and the Buhari administration to stabilise in the state and at the federal levels.

There are however anxieties in the APC in the state as to how the matter would be eventually resolved, even as Oshiomhole and the Abuja-base political interests are being blamed for causing the crises that had engulfed the hitherto peaceful state.

Information gathered from Gusau, the state capital revealed that the governor has gone to court asking that the initial primaries conducted in the presence of INEC officials be upheld. To a founding member of the party from the South West, ‘watching Oshiomhole tear the party apart is obviously painful, he said under the condition of anonymity.

The Minister of Communication, Adebayo Shittu, has also dragged the party, the All Progressives Congress, APC to court.

The party  disqualified the Minister from continuing his gubernatorial race through screening after he failed to present a National Youth Service Corps, NYSC, discharge certificate.

This cycle’s APC divide looks wider and deeper than any divide since its formation.

All Progressives CongressAPC
Share
Subscribe to our newsletter
Sign up here to get the latest news, updates and special offers delivered directly to your inbox.
You can unsubscribe at any time