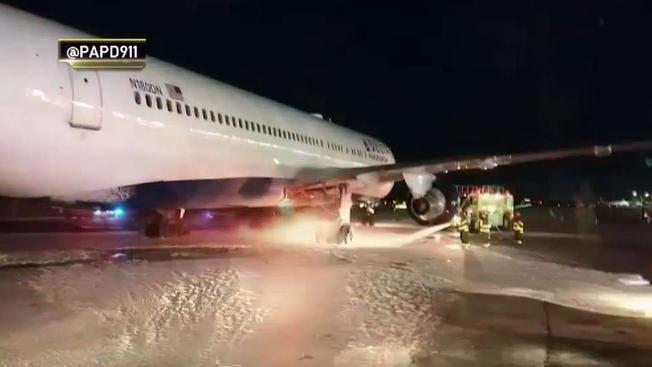 Passengers on a Delta Air Lines flight from New York to Ghana had a scare and an unexpected overnight stay in New York late Monday.

Upon landing, the brakes on the Boeing 767 overheated and the plane was met by fire and rescue officials, Gee said.  Flames can be seen in video posted on social media. The 205 passengers evacuated via stairs.

The airline provided hotel accommodations and meal vouchers, and travelers are expected to fly out Tuesday night.

“Delta apologizes to our customers onboard Flight 420 for delaying their travel,” Gee said in a statement. “We are working to get customers to their destination as soon as possible.”

Delta flight to Ghana abortedlanding gear catches fire at JFK airport
Share
Subscribe to our newsletter
Sign up here to get the latest news, updates and special offers delivered directly to your inbox.
You can unsubscribe at any time

Our Weapons of Warfare