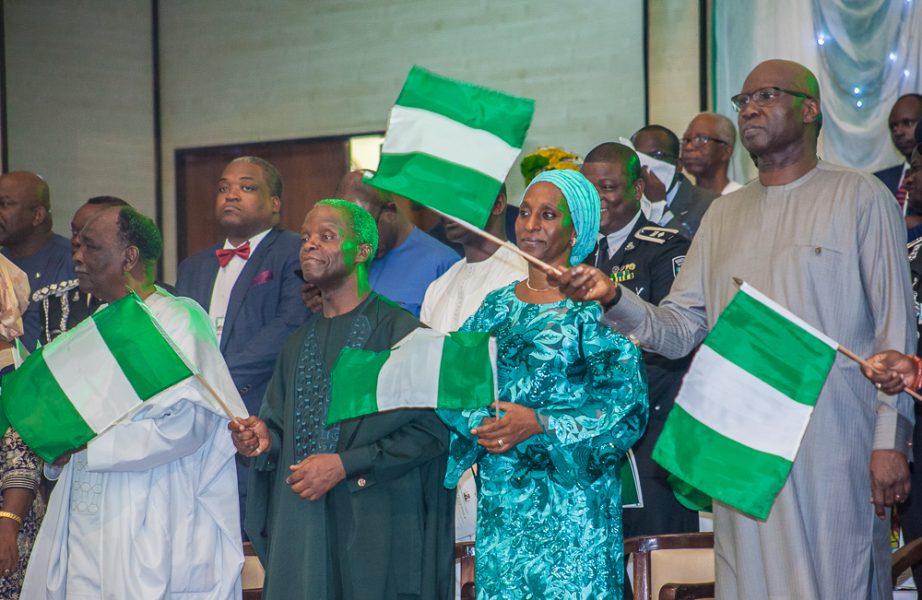 The General Superintendent, Deeper Life Bible Church, Worldwide, Pastor William Kumuyi, has regretted that Nigeria’s development has not been able to match its greatness.

The cleric said this in a sermon he delivered at an interdenominational church service, with the theme “Harnessing our diversity for national development,” held at the National Christian Centre, Abuja to commemorate Nigeria’s 58th independence.

Reading from the text 1 Corinthians 12: 14-27, Kumuyi likened Nigeria to the Corinthian church which was one of the most gifted churches in the New Testament but failed to utilise its diversified gifts for collective greatness.

He said, “No doubt, our nation, like the Corinthian Church, is endowed with highly resourceful citizens by the Almighty God.

“Selfless and committed to our national development, we could easily become the envy of many nations.

“But our national development has not matched our great possibilities like Corinth.”

The cleric regretted that there are contentions and divisions among Nigerians while their worldly wisdom was aimed at destroying the nation’s deliverers.

He added, “We (Nigerians) are obsessed with strife and personality cult. We are blinded by selfish ingratitude. We take pride in harmful dissipations.

“Crimes against our fellow men are taking too much toll on our national life. Our families are under siege. We seem to be losing conscience in the nation.

“Selfless sacrifice for the good of others is waning. We are toeing the path of previous nations that destroyed themselves.

“Our lack of discernment is weakening the church and the nation. Our reactionary individualism may deprive us of personal and national greatness.”

Kumuyi said for Nigeria to come out of the many national problems currently bedeviling her, the citizens need to be ready to rethink national priorities, repent, reconcile for peaceful partnership,reconnect for purposeful pursuit, recommit to positive principles, redirect national plans and projects as well as renew passion for progress.

He said once these were done, the nation would move forward.

Stressing the importance of unity, Kumuyi said diversity in the body, church or nation was God-ordained.

According to him, the nation’s interdependence and harmonious coordination was strength, wisdom, glory, greatness and expected position in the comity of nations.

“The most important characteristic of the body is unity; emphasis on diversity results in division, envy, unhealthy acts; perpetual discontent, negative attitude and underdevelopment.

“Selfishness is never satisfied and envy is never content.

“Interdependence, interrelationship, interconnection- in that lies the promise and the power for national development, “ he added.

Kumuyi said in the nation, mutual support and encouragement among other virtues were necessary to avoid wastage of lives and resources.

He warned against disdain for one another, rivalry or unhealthy competition, fatal pride, inferiority or vain superiority among others.

Vice President Yemi Osinbajo, in his remarks, said Nigerians should be thankful to God for sparing their lives to witness the nation’s 58th independence.

He assured that the celebration would mark the beginning of good things for the country.

He urged them to seize the opportunity of the celebration to bless the country and its citizens.

The Vice President later led the congregation in a prayer session to bless Nigeria and Nigerians.

The Secretary to the Government of the Federation, Boss Mustapha, expressed delight that the country could celebrate its independence in a big way.

He recalled that activities of terrorists sect, Boko Haram had in the past few years stalled such celebration.

He however expressed the conviction that Nigeria will continue to be getting better.

Meanwhile, Speaker of the House of Representatives, Yakubu Dogara, was conspicuously absent at the service.

Dogara, according to the programme of the event, was to read the service’s second lesson from 1 Corinthians 12:4-18 while the Chief Justice of Nigeria, Justice Walter Onnoghen, was meant to read the first lesson Exodus 13:8-13.

But former Head of State, Gen. Yakubu Gowon (retd.), took the second lesson as a mark of honour for the former military leader.

Dogara attended the previous services which are always attended by top government officials who are Christians.

Recall that he recently defected from the ruling All Progressives Congress to the Peoples Democratic Party.

Other dignitaries in attendance were wife of the Vice President, Dolapo,Wife of former military leader, Mrs. Victoria Aguiyi-Irosi; and wife of a former Vice President, Beatrice Ekwueme; Head of Service of the Federation, Winnifred Oyo-Ita, service chiefs, captains of industry, members of the diplomatic corps among others also attended.

Special prayers were rendered for Nigeria, the President and other members of the Federal Executive Council, the Legislature, Judiciary and for the peaceful conduct of the 2019 general elections.

A minute silence was observed in honour of the late pilot,  of the Nigeria Air Force helicopters,  Squadron Leader MB Baba-Ari, that crashed in Abuja on Friday while prayers were said for the quick recovery of those in the hospital.

The military band also played farewell songs in honour of the victim of the crash. 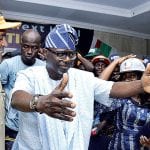 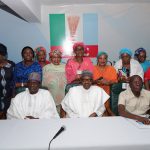