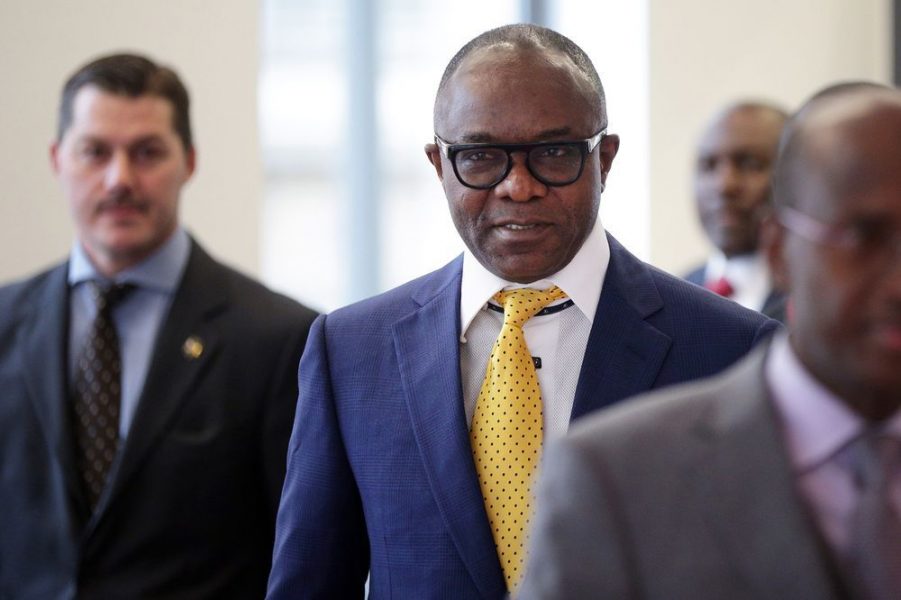 Allegations of corruption against Dr. Emmanuel Ibe Kachikwu, were made in an attempt to tarnish the image of the Minister of State for Petroleum Resources, said a statement from the ministry on Monday.

” Ibe Kachikwu is a well-known individual and public official who has no stain on his character and every effort by mischievous and wicked individuals to prove otherwise shall fail woefully, said Idang Alibi, Director of Press, Ministry of Petroleum Resources.

A group called Patriots of Anti-corruption League (PAL) in a report entitled “EFCC, Magu Shielding Kachikwu from Prosecution, alleged that the anti-corruption agency is covering up corruption allegations against the Honourable minister, some individuals and four companies said to have been involved in petroleum subsidy fraud.

” We wish to state, most categorically, that no one is shielding the Minister from prosecution because there is simply no cause for anyone or institution to shield him from anything for he has done no wrong deserving of prosecution. We also wish to let the public know that the issue of false allegations against Ibe Kachikwu and the individuals and companies mentioned by PAL is, actually, not a new one.

The invidious effort to impugn Kachikwu’s integrity first started in 2016 when a shadowy group of people came out with a claim that Kachikwu, in collaboration with some individuals and some oil and gas companies, had a case to answer in relation to oil subsidy fraud, a claim the EFCC thoroughly investigated and discarded because there was no substance to it, the statement said.

” The recent claim by PAL is, therefore, an attempt to rehash and repackage an old plot with a view to either blackmail Ibe Kachikwu into conceding some unnamed and unknowable favour or tarnish his good name. Whatever may be the motive of his traducers, just as that initial action failed to achieve the sinister purpose of its sponsors, this one by PAL will similarly fail as there is nothing that Ibe Kachikwu has done in the dispatch of his remit to warrant prosecution.

Corruption allegations aimed at tarnishing my image - KachikwuNNPCPetroleum Ministery NigeriaSubsidy
Share
Subscribe to our newsletter
Sign up here to get the latest news, updates and special offers delivered directly to your inbox.
You can unsubscribe at any time