After arriving from the United Kingdom after 10-day working visit, President Muhammadu Buhari on Saturday, told reporters how he is feeling in the most straightforward terms he could give.

When asked how he was feeling, he replied, “I’m good.” 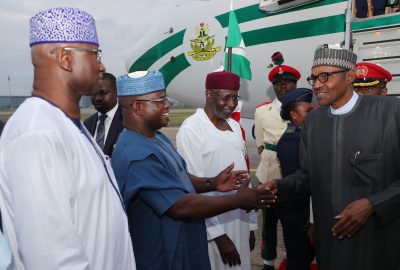 He was received by the governor of Kogi State, Yahaya Bello, Secretary to the Government of the Federation, Boss Mustapha, Chief of Staff, Abba Kyari, and the Minister of Federal Capital Territory, Muhammad Bello. 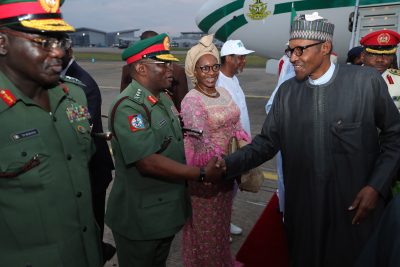 He is expected to preside over security meeting on Monday before proceeding to his country home, in Daura, Katsina for the Sallah break. 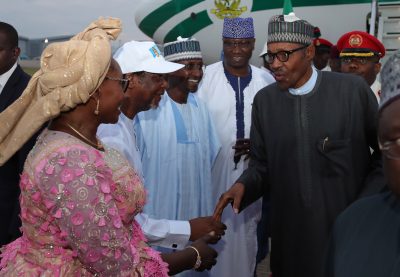 Buhari has been away since  August 3rd on a 10-vacation according to the Special Adviser to the President on Media and Publicity,  Femi Adesina.

Adesina had in a statement said Buhari would be away for 10 working days.

Vice-President Yemi Osinbajo had been  the acting President while Buhari was away the period.