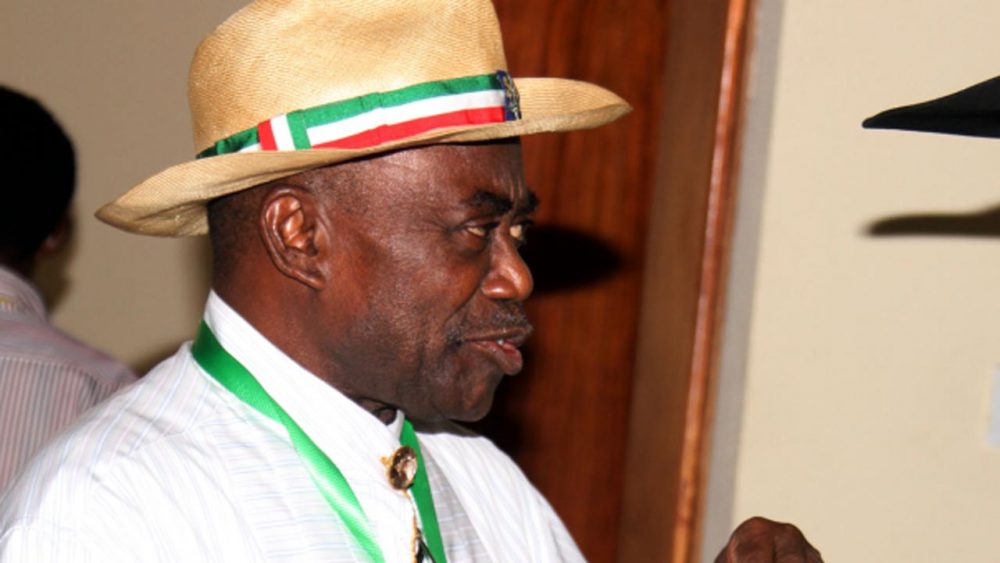 For Peter Otunuya Odili, it is remarkable that the day he was born, August 15, was the same day the Blessed Virgin Mary, Mother of our Lord Jesus Christ was assumed into Heaven, body and soul. As an ardent Catholic, for whom that day is a holy day of obligation, just like a Sunday, the significance of the coincidental event is not lost on him as it actually reinforces his faith which was given a shine at two Catholic schoaols- Sacred Heart School, Odoakpu, Onitsha and later at the famous Christ the King College, (CKC) Onitsha both in the present day Anambra State. It was at CKC that his leadership qualities manifested that early in life. He was the Senior Prefect and College Captain of the school. In his own words, Odili said, “From cradle, through primary school, and admission into one of the best secondary schools of our time, I can say without any shred of doubt that the foundational impact of secondary school education is the fulcrum of anyone’s life later. That’s what CKC did for me. I won’t be who I am if I did not pass through the walls of CKC.” It is in recognition of his religious piety that the Pope recognised and honoured him with the prestigious title of Knight Commander of the Order of St Sylvester which made him a member of the Front Row in the Order of Catholic Knights. For those who know, that was a rare and hugely sought after recognition by the Vatican.

Like most adventurous and ambitious young men of his age, he was about to move on to a tertiary institution in search of the proverbial fleece when the civil war broke out and temporarily truncated that ambition. He was, first, a refugee as the war progressed with its tendency to dislocate and disjoint life and living. That brought its difficulties and challenges which compelled him to submit to being recruited as a soldier.  Here, again, his brilliance shone through. As in CKC where leadership position was on merit, his performance in the army course during which he took top position, guaranteed for the young man assignment that put him in a place where characters are moulded and minds trained. The young Peter was deployed as an instructor in the school of infantry instead of being sent to the warfront.  The life of discipline that military training imbues smoothened the diamond in the rough that he was seen to be by his mentors and set him on an upward leadership trajectory that he sustained till date.

The war over, his academic zeal was reignited and he began schoolwork as an indigent medical student at the country’s foremost tertiary institution, University of Nigeria, Nsukka. He later embarked on the holiday trade of travelling abroad to earn some money which immediately turned him into a campus big boy. On graduation from the Medical School of the University of Nigeria, Nsukka, he pursued a post-graduate work in Tropical Medicine at the University of Liverpool in the United Kingdom.

Like one with the fabled Midas’ touch, Peter Odili has proved to be a quintessential family man who has tenaciously clung to his first love and charming campus ‘bus’, Mary Ukaego, a Justice of the Supreme Court of Nigeria with whom he has sired children and grandchildren. As a titled chief, it is an abomination to count the products of his fertile and productive loins. In appreciation for the role Mary had played and is still playing in his life, he is, till date, still paying her bride price to her people of Mbaise clan in Imo State. He said so himself.

Mary is his first love. I stand to be corrected. And Medicine follows in that order. He put into practice his training as a medical doctor and won his spurs in that field. Regardless, he is determined to leave a more enduring legacy for posterity.  He may have scaled down his practice, still he has found new love and is striving to give something back to that profession that made him what he is as well as to society for its benevolence. The establishment of PAMO University of Medical Sciences in Port Harcourt, the first privately owned university of Medical Sciences, not only in Nigeria but in West Africa as a whole, is part of a heartfelt desire in that direction. It is an institution designed strictly for the training of professionals in the field of medicine. It is a place he set up to mentor the younger generation who will raise the banner further aloft when he must have played his part and moved on. The University is starting with five faculties – Allied and Health Sciences, Basic Medical Sciences, Clinical Sciences, Dentistry and Pharmaceutical sciences. The university will strive to achieve global excellence in terms of teaching, research and community services. It is set to produce graduates in different fields of medicine who are not only competent in their profession but also entrepreneurial, ICT driven and that are worthy in character and learning. He has vowed to leave it as an enduring testimony to the humanity in appreciation for the benefits he derived from serving mankind and a worthy one at that.

It is not possible to discuss the nation’s democratic resurgence after years of military interregnum without reserving a place of honour for the man Peter Odili. For him, participation in politics was more of a call to service as he can be rightly said to be an accomplished man while functioning as a medical doctor in the state of his birth. He was elected and sworn in as the third Governor of Rivers State on the platform of the Peoples Democratic Party (PDP) on May 29, 1999. He served two terms which terminated on May 29, 2007. Years after, his developmental strides have remained a measuring rod for those who took over the mantle of leadership from him in that state that is, to all intents, Nigeria’s treasure trove.

A former Minister of Foreign Affairs, late Ambassador Mathew Mbu, in his autobiography published post-humously, said of Odili,” he was a more prepared and preferred candidate for the office of either the President or Vice President but was betrayed by the party hierarchy”. Such is how far the cruelty of fate can go. However, following that setback, he decided on maintaining a studied silence preferring to watch matters that affect the nation unfold from his vantage position as an elder statesman. In that self-imposed political hibernation, Odili has remained consistent and steadfast in his political relations and persuasion, a predisposition that has distinguished him as a reputable leader who, by his conduct, is worthy of emulation.

Odili has packed much action into his life in 70 years to actually influence the course of history. My family, therefore, join his family in wishing him a resounding happy birthday and many more years of fruitful and enduring service to Nigeria in particular and mankind in general.

Ume wrote in from Abuja

Peter Odili Finds New Love At 70
Share
Subscribe to our newsletter
Sign up here to get the latest news, updates and special offers delivered directly to your inbox.
You can unsubscribe at any time