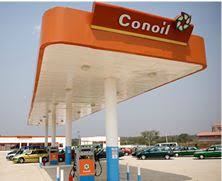 Conoil Plc, a Nigerian energy provider, reported first half year increase of 29% in profit after tax to N550.6 million from N427.3 million.

The unaudited half year report of the company released by the Nigerian Stock Exchange (NSE) showed Conoil turnover rising to N54.48 billion in the first six months of this year, a 21.3% improvement from the N44.93 billion recorded during the same period in 2017.

Company’s earnings per share increased from 62 kobo to 79 kobo, raising the capacity of the company to increase dividend payment and placing it in a good stead to fulfilling its promise creating higher values for its shareholders.

“The Board of directors is optimistic that barring any unforeseen circumstances, this trend would be improved in the remaining period of the financial year,” the company said in the report.