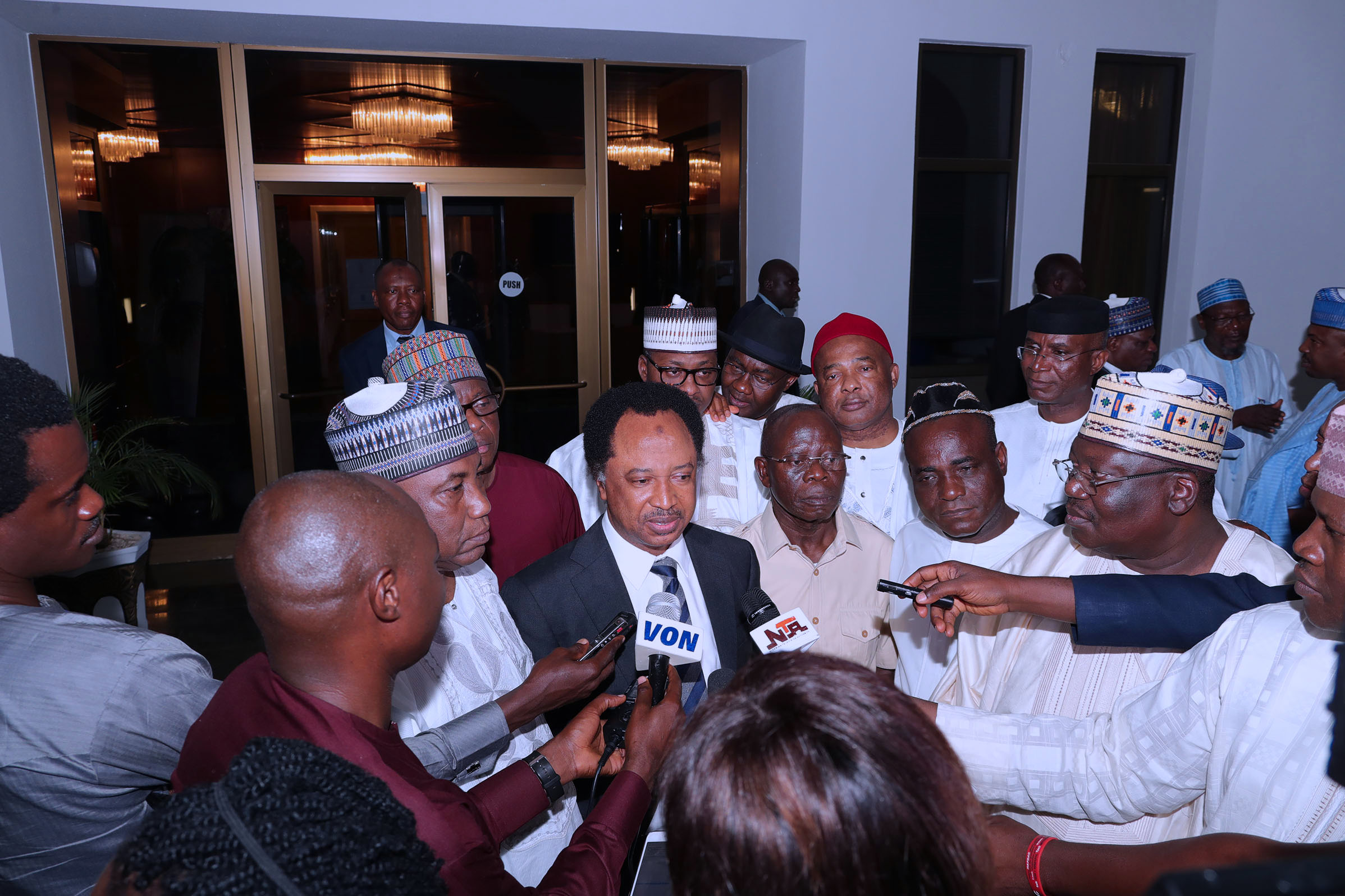 The National Chairman said the legislators that defected on Tuesday were victims of misinformation but some of them will retrace their steps and come back to the APC.

“Like everything that is not based on truth, the truth emerges and victims of misinformation retrace their steps which is why a senator has already returned to the fold and I am sure more and more of the, who left out of confusion will come back.”

Meanwhile, Senator Shehu Sani has said he still a member of the party, despite issues with some party members in Kaduna state.

Sani who has been a major critic of the ruling party said, “I am here as a member of the APC caucus in the Senate. My presence here does not mean that my issue has been resolved 100 percent but I am of the belief that we have a leader in the party who is doing everything possible to see that the problems that we have that led to a revolt are resolved.

“Revolt at times is most necessary. In fact, APC itself is a reflection of revolt, he said Wednesday night after a caucus meeting with the president.

” It revolted against the system of iniquity, and today it is in power. I am here because I believe in the leadership of the party. I believe also in the leadership of President Muhammadu Buhari. I also believe there are no issues that we cannot solve as human being, as men of conscience. I believe that the discussions we have had here is reassuring, soothing and comforting that a process has started to heal the wounds and address issues that led us to where we are today.

“We must recognise the fact that the problem the new leadership of the party is trying to solve today was something that ought to have been solved a year or two years ago.

“The chairman inherited both a civil war and a Cold War in the party and he is doing everything to solve the problem. I am of the belief that a forum like this is a big step forward. I am here because I believe in the process.

“I believe the leadership can solve the problems.”