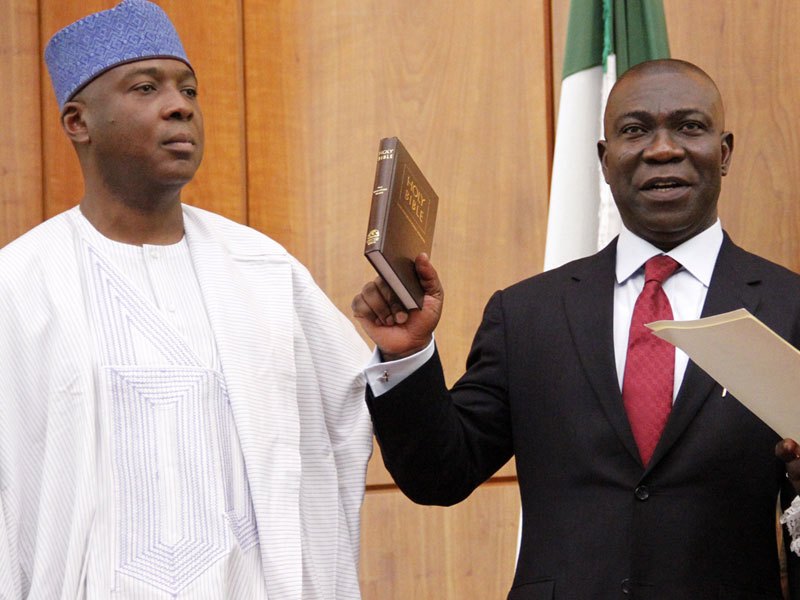 Dozens of Police officers and suspected DSS operatives Tuesday stormed the residences of the President of the Senate and his deputy, Senators Bukola Saraki and Ike Ekweremadu respectively.

The siege is coming on the day that the president of the Senate, Senator Bukola Saraki is expected to also report at the Guzape Police Station in Abuja.

Family sources said the security agents blocked the convoy of the Senate President from leaving his house, but he was able to escape the siege. 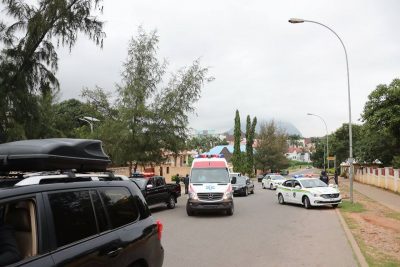 The moves could abort Tuesday’s sitting of the Senate and maybe prevent the planned defection of many senators who are expected to switch parties at the Senate hearing.

Saraki, who on Monday night said that he has it on good authority that the police invitation was a deliberate plot by IGP Idris to stop the plan by some Senators and House of Representatives members from defecting from the All Progressives Congress (APC).

In his words; “It was also said that if I was detained between Tuesday and Wednesday, that will abort the so-called defection plan.

“While I continue to maintain that the issue of my position on the 2019 elections is not a personal decision for me alone to make, it should be noted that all these concoctions and evil plots cannot deter me.

“Those behind this fresh assault will fail as I have nothing to do with the robbery incident or any criminal matter for that matter.”

“I am aware that following a request made by the Police on June 13, 2018 to the Director of Public Prosecution (DPP) of the Federation, he had written a legal advice dated June 22, 2018, in which he stated on page 5, paragraph (f) that “For the Senate President and the Kwara State Governor, this office is unable to establish from the evidence in the interim report a nexus between the alleged office and the suspects.”

DSS conducted a predawn raid of SarakiEkweremadu's homePolice
Share
Subscribe to our newsletter
Sign up here to get the latest news, updates and special offers delivered directly to your inbox.
You can unsubscribe at any time