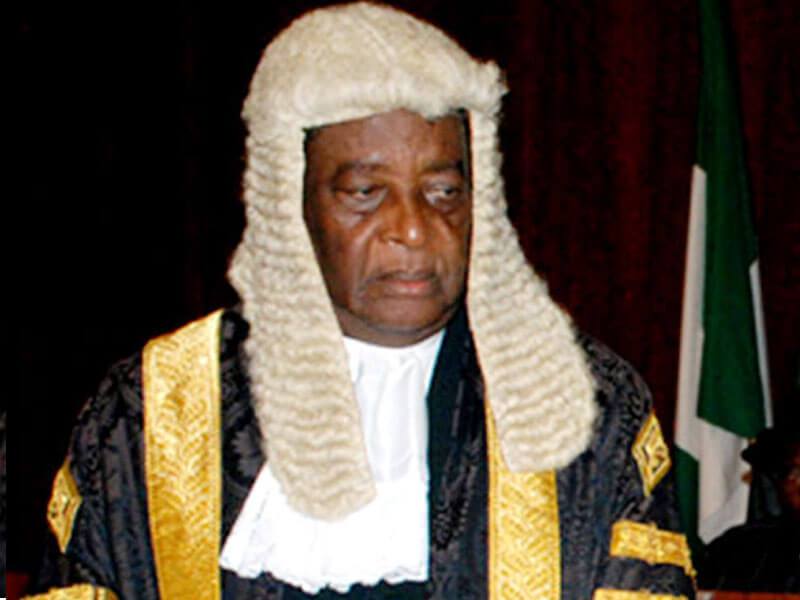 ” The late Chief Justice left behind a legacy of discipline, brilliance and diligence that younger jurists should emulate, the president said in a statement.

President Buhari affirmed that Katsina-Alu’s knowledge, experience and diligence impacted greatly on governance in Nigeria as he featured prominently in landmark cases.

“As a statesman, the late Katsina-Alu often put national interest above self and other considerations. We have indeed lost a good man who was non-partisan, honest and frank, said Chairman of Niger Delta Development Commission (NDDC), Distinguished Senator Victor Ndoma-Egba (SAN).

The NDDC Chairman also commiserated with the late Justice’s immediate family, the people and government of Benue State, over what he described as “the sad and irreparable loss of a great statesman, legal luminary and patriot”.

In a statement signed by his Special Assistant, Communications, Clara Braide, Ndoma-Egba recalled that Katsina-Alu,  was an impartial and thorough judge, adding that his contributions to the development of the Nigerian legal system cannot be quantified with the delivery of numerous landmark judgements, many legal papers and mentoring of several young lawyers.

“He will be sorely missed, especially now that the country needs his wise counsel and stabilizing voice. May his soul rest in peace.” said the former Nigerian Senate leader.

“With the passing of Justice Katsina-Alu, Nigeria has lost a leader who championed its security, prosperity, and limitless possibilities from its birth to his last day on earth,” said Chief Daniel Ademola, a Lagos based attorney.

“A light has gone out, but the hope he gave us will burn forever,” said Chika Agu, an Abuja based lawyer.