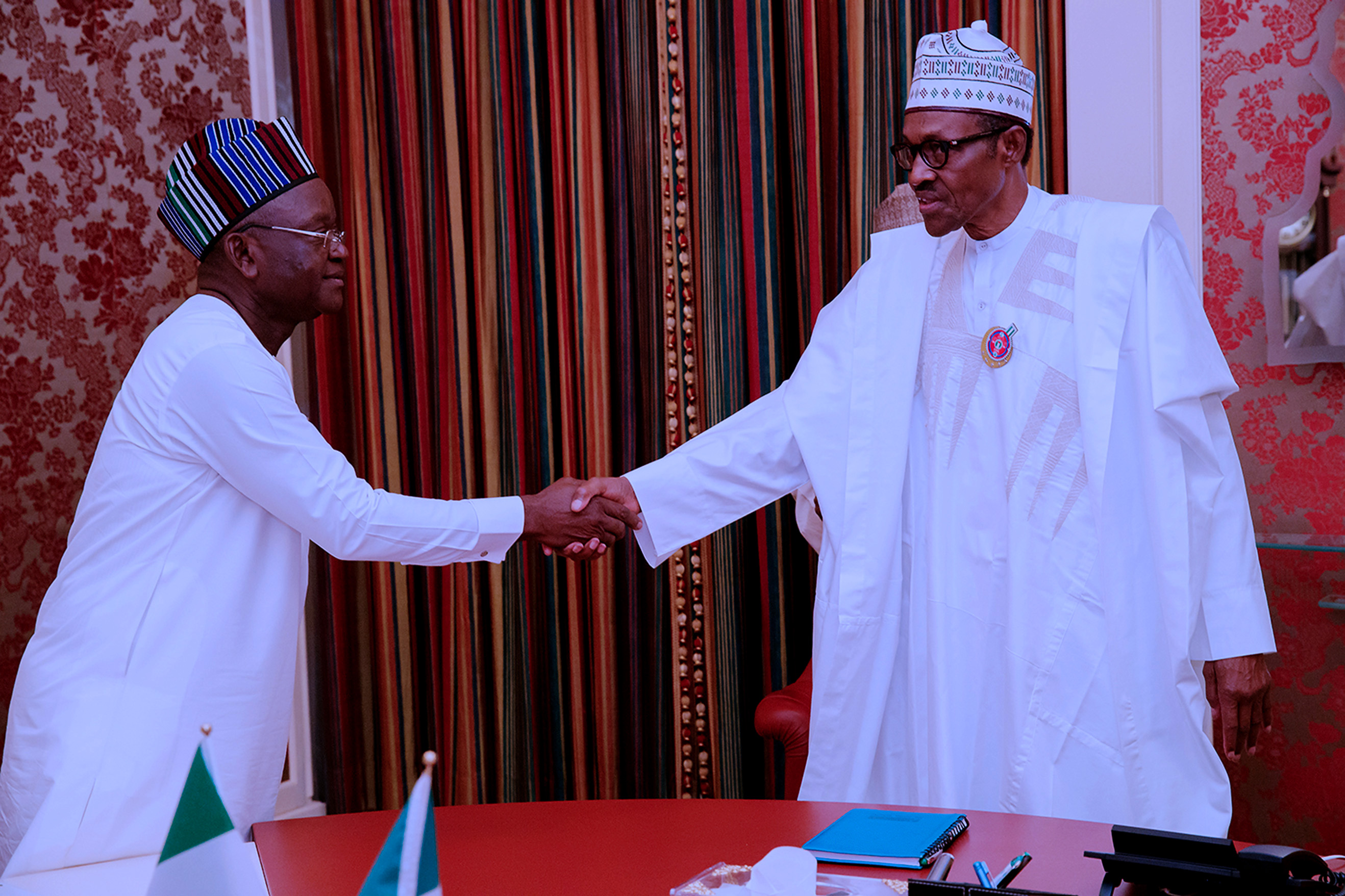 Governor Ortom of Benue state on Monday revealed that he has been issued a ‘Red Card’ by the ruling party leaving him without a political party at this time.

Ortom made this known on Monday in Makurdi shortly after swearing in a new Special Adviser on Bureau for Local Government and Chieftaincy Affairs.

The governor said even though  ” I have disagreed with some of the APC’s positions, his affiliation with the party has not been questioned.

So, if I have been given red card and I’m standing outside, I’m a free man. “So I don’t know what will happen next but I’m waiting. If others approach me, then I will tell the Benue people that I’m joining another football club. I’m a child of destiny and it’s only God that will decide what I will be”.

The governor stated that the strained relationship between him and the party under which he contested the 2015 governorship election in the state has left him without a party.

Meanwhile,  Speaking on Monday in Abuja shortly after a meeting of its National Working Committee NWC, APC National Chairman, Comrade Adams Oshiomhole said the governor had on several occasions promised that he would not leave the ruling party except he was pushed out.

“Gov. Ortom had told me severally that he will not leave the APC unless he was pushed out and I know that we have not pushed him out”, the APC chairman said.