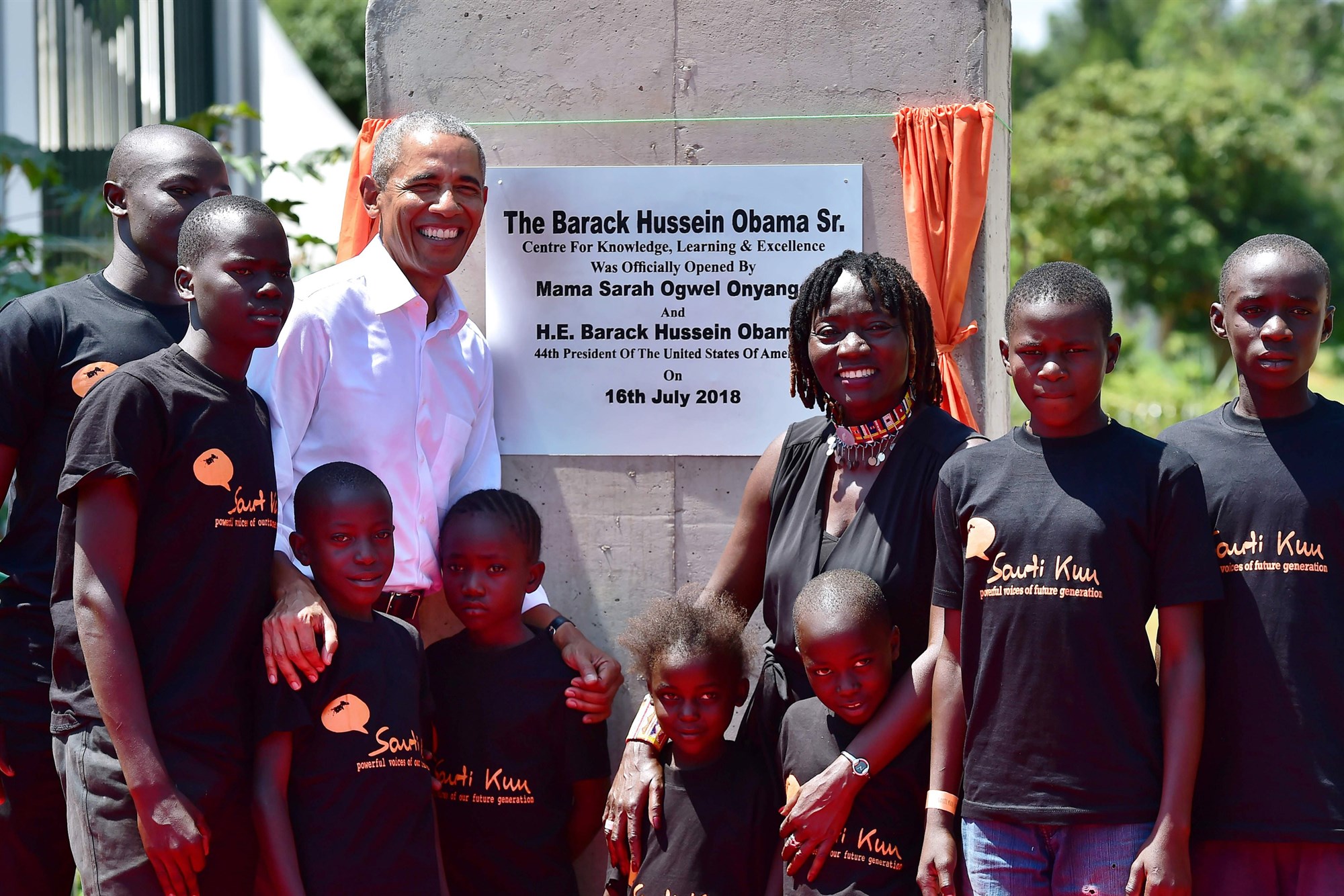 Former U.S. President Barack Obama says Kenya is making progress in getting the government and opposition to work together.

Obama, on his first visit to Africa since stepping down as president, on Monday praised President Uhuru Kenyatta and opposition leader Raila Odinga for cooperating following a last year’s disputed presidential election.

Speaking in Kogelo, the rural birthplace of his father, Obama said more needs to be done to face challenges such as corruption.

Obama went to Kogelo to launch a sports and training center founded by his half-sister, Auma Obama.

Thousands of Kenyans turned up in his ancestral home in Siaya County to see Obama but many could not get into the venue due to high security.