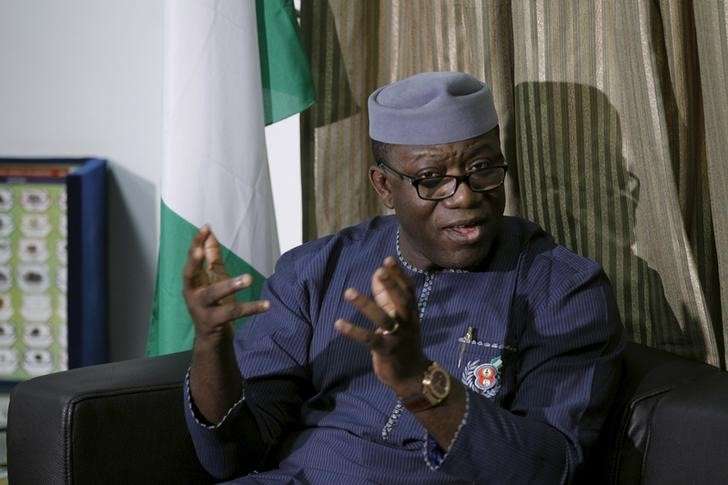 Political campaign strategist Niyi Brown, described what happens the morning following a narrow loss, when everyone wonders what extra effort might have changed the results and engages in rounds of “should’ve, would’ve, could’ve.”

Supporters of both parties have engaged each other all morning on all social media sites, giving reasons for the win and loss.

Here are some of the takeaways from the Ekiti governorship election:

1, Protest votes may have altered the result.

Political insiders never believed Kayode Fayemi would get the kind of numbers that he got in some polling units. While Fayose refused to mend fences with his party members after the PDP primary race, Fayemi on his own part reached out to all APC chieftains, made peace and they all worked for him in their respective zones.

Fayose did not go into the elections with a united front, most political strikers either sat at home watching, while others joined the APC.

The ugly allegations, the searing national spotlight and a divided PDP all took their toll on Olusola Eleka last night as he lost in Ekiti, an outcome that once bordered on unthinkable.

2, It’s tough to run as the candidate of the president’s party when the president is exceedingly unpopular in the state.

Kayode Fayemi is a tested Buhari boy and believes in the developmental policies of the administration. PRESIDENT Muhammadu Buhari last month revealed that he was reluctant to release him as minister of Solid Minerals for elections in his state.

“I very reluctantly allowed Fayemi to go to his state because of his constructive contributions. As I sat here, I watched every minister that spoke and about his contributions, this revealed not only his intellect but when he is given the necessary time to contribute to important memorandum, he made contributions which shows commitment to the progressive of this government and the country, Buhari said.

But Buhari is deeply unpopular with Ekiti voters.  Buhari lost election in the state in 2015 and Governor Fayose has consistently built outrage against the president in Ekiti state. A Public Policy Polling survey of likely Ekiti voters found over 60 percent disapproving of President Buhari’s performance.

For months, Kayode Fayemi was battered by his own party members in negative advertising that depicted him as someone who couldn’t be trusted because he flip-flopped on myriad issues, and close party chieftains said he was a lone-ranger.

Barely a week into the emergence of Kayode Fayemi as the APC flag bearer in the Ekiti State governorship election, some indigenes of Ekiti state who are based in Akure, described Fayemi as a bad product for the party.

“I must confess to you that Fayemi is a mistake for APC in Ekiti. Personally, I like his person but he is the least person the people of Ekiti need now as their next governor, said Oluremi Ajiki, a civil servant. ” You are a journalist, go to Ekiti and listen to what people are saying about him. Then you will confirm what am talking about.”

Deji Oladapo on his own believes that the only thing that can make Fayemi win, is for the election to be rigged for him.

Their claims bore its reflection from the antecedent and reputation the minister has garnered for himself during his first term as governor and the depiction of him by Fayose and some disgruntled APC members who appears to be working for him but genuinely not supporting him.

“If you are portrayed as not having much of a chance to win, studies show voters tend to pick up on that. They echo the opinions of journalists that certain candidates are not worth following,” says  Niyi Brown.

Governor Ayodele Fayose has repeatedly come under attack on social media over his statement that it is better to owe workers salaries than to sack them.

The statement stirred up reactions in the state as residents blasted the governor for making such a statement while workers suffer in his state.

Hundreds in the state, described his statement as a shame owing to the fact that commissioners, special advisers to governors and the likes are not being owed salaries.

“He is saving workers salary so as to use it to run for presidency in 2019.What a shame and you call yourself man of the people. Now you want your Deputy to continue in office so that your evil deeds will not be exposed by another person, said Daniel494222, on his twitter handle.

Eleka’s performance is a clear indication of the unhappiness of workers who represents a large population of people in the state.

Many workers switched tent and voted for Fayemi who they perceive would not owe them 8 months salaries.

Many believed the election outcome was also influenced by the security agents who they believed were working for the candidate of the APC.

The police deployed 30,000 operatives, two helicopters and 250 patrol vehicles, including five Armoured Personnel Carriers, for the election in Ekiti State, according to Force Public Relations Officer, acting DCP Jimoh Moshood, in a statement last week, according to the PUNCH newspapers.

There were reports of snatching of ballot boxes in some voting centres in Ado-Ekiti  where voting was disrupted in the presence of security operatives.

” The PDP gave a good fight and to think with all the federal might deployed to intimidate the opponents, the margin is just 19k plus, it just showed that had the election be totally free and fare, devoid of intimidation and harrassments of opponent, Fayemi would never have a chance, said  Anthony Eshemokhai, Head, Govt Relations at Naij.com on his Facebook page.

” This is my objective assessments devoid of political affiliations. All said and done, I advise all parties to move on. Someday, we will get this our democracy right. “