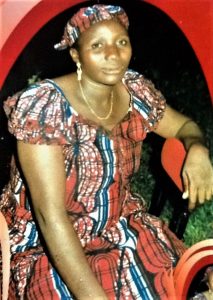 Ruth Wujit, slain along with her pastor husband and another church leader in Miango, Nigeria. (Photo courtesy of ECWA)

Hundreds of people attended the funeral yesterday of a pastor, his wife and another church leader, all killed by suspected herdsmen on June 27 in Plateau state.

The three Christians were ambushed and shot to death as they returned to Miango, Plateau state, after visiting relatives in Baduru village, Kaduna state who had been attacked by the herdsmen, the Rev. Ayuba Ahmadu, senior pastor of the Evangelical Church Winning All (ECWA) in Miango, revealed Friday.

Their corpses were found at about 11 a.m. June 28, he said. The two pastors were natives of Baduru village, Kaduna state.

On June 19 in Kwall village, in the Bassa Local Government Area (LGA), the secretary of the ECWA church in Kwall, Danjuma Edo, and his family members were slain in their home by herdsmen, she said. Killed were Edo, 40; Mary Danjuma, 34; Sibi Baba, 21; and Ayo Danjuma, 18.

“They were killed at about 11:30 p.m. on June 19 as they were sleeping,” Moses said. “On June 17 in Kpachudu village, a man named Sarki, 20, a member of ECWA church there, was ambushed and slaughtered at about 9 p.m. And on June 16, in Hukken village, two others were killed by the herdsmen, a woman and her son.”

Godiya Abass and her 11-year-old son, Friday Emmanuel, were killed as they worked on their farm at about 10 a.m., Moses said.

President Muhammadu Buhari has assured Nigerians that his administration will soon fish out sponsors of violence in parts of the country including suspected armed killer herdsmen. The President said those found guilty from investigation already being carried by relevant security agencies would be made to face the law.

The President stated this Friday in Monguno, Borno State while speaking as the special guest of honour at the closing events of the 2018 Army Day celebration.

Christians make up 51.3 percent of Nigeria’s population, while Muslims living primarily in the north and middle belt account for 45 percent. 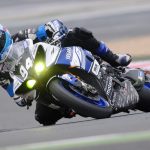