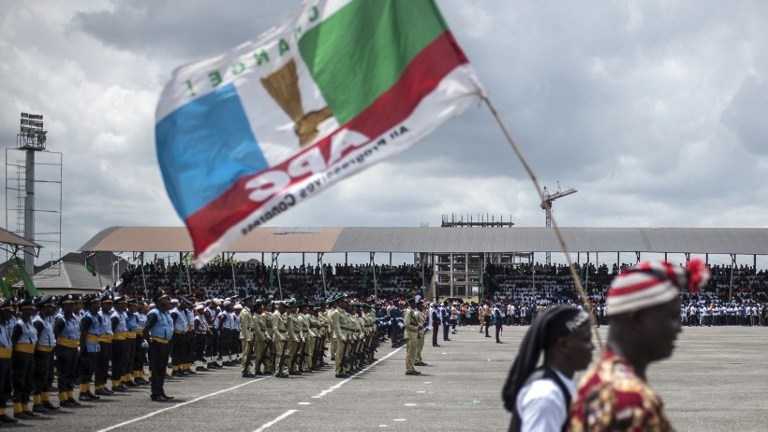 [dropcap]A[/dropcap] hardline faction within Nigeria’s ruling party APC,  has announced it is breaking away to form a separate faction called ‘Reformed APC”  party.

” We are assembled to address you on the state of our party, APC, the state of the nation and above all the constitutional democracy of Nigeria. I am standing here before you as the chairman of RAPC. You will recall that in 2015 general election some political parties came together to form a brand new political party called APC.”

” This merger was based on the strong belief that Nigeria had come of age that it was severely under-performing and incapable to meet the potentials of good governance.”

“The Nigerian people gave power to APC based on its promises and potentials. We are sad to inform that after more than three years of governance, our expectations (have been) completely dashed. The APC has run a ruthless and incompetent government that has failed to deliver good governance to the people. It has rather imposed dictatorship, impunity, abuse of power, complete application of constitutional and statutory responsibilities, impunity in the rule of law and constitutionality. It has failed to ensure the security and welfare of Nigerian and elevated nepotism to secondary height.”

Galadinma said the current APC leadership has failed to resolve the growing insecurity in the country.

One of the breakaway faction leader said the unity in the party was still possible if the leadership  “rectify their past mistakes”.

He also urged revolutionary forces to join the new party faction which was a beginning of a new chapter in the country.