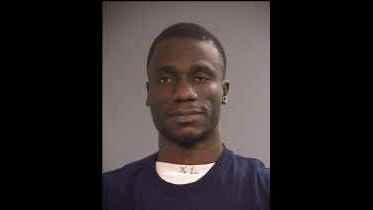 Emmanuel Kazeem, a Nigerian national who netted more than $11 million in a fraud scheme has been sentenced in Oregon, USA to 15 years in federal prison.

Prosecutors in the U.S say the 35-year-old purchased more than 91,000 identities from a Vietnamese hacker that originated from an Oregon company’s private database. They were used to file fraudulent tax returns in an attempt to get refunds.

In total, Kazeem was linked to 10,139 tax returns that tried to get more than $91 million in refunds. He successfully received $11.6 million.

Prosecutors say Kazeem used the ill-gotten gains to buy two houses in the U.S. and attempt to develop a four-star hotel in Lagos, Nigeria.

A jury previously convicted him of fraud, conspiracy and aggravated identity theft, before being sentenced to prison for 15 years. He was also ordered to pay back more than $12 million in restitution and will be subject to deportation when released from prison in 2033.

According to the U.S. Dept. of Justice, “Emmanuel Kazeem orchestrated one of the largest tax fraud schemes in our nation’s history.

The complexity of this case and the incredible effort by law enforcement to bring those responsible to justice cannot be understated,” said Billy J. Williams, U.S. Attorney for the District of Oregon.

“I want to remind everyone that this case began when vigilant Oregonians notified the IRS when fraudulently tax returns were filed in their names. It only takes one tip to make a difference and bring down a complex criminal organization.”

“IRS-CI vigorously investigates criminals who band together to take advantage of our tax system. Today’s sentencing of Emmanuel Kazeem sends a strong message to those who seek to rob U.S. citizens of their hard earned tax dollars,” said Acting Special Agent in Charge, Brian Payne.

According to court documents and evidence presented at trial, in May 2013, a victim in Medford, Oregon notified the IRS that false federal and Oregon state tax returns were filed electronically using her and her husband’s personal identifying information (PII) including social security numbers and dates of birth.

An IRS investigation led to search warrants of residences in Illinois, Maryland, and Georgia and to numerous email and instant messenger accounts used by Kazeem and other co-conspirators. At a Chicago residence, agents seized approximately 150 prepaid debit cards and $50,000 in money orders. In Maryland and Georgia, agents seized more than 50 electronic devices, 40 money orders in amounts exceeding $29,000, $14,000 in cash and numerous prepaid debit cards containing over $12,000 in fraudulent tax refunds. The search warrants helped agents identify Kazeem as the leader and mastermind of the scheme.

The scheme resulted in the conspirators possessing stolen PII of more than 259,000 victims. Kazeem purchased more than 91,000 identities from a Vietnamese hacker that originated from an Oregon company’s private database. The company provided pre-employment and volunteer background checks for thousands of clients. Kazeem divided the identities into batches and shared them with other co-conspirators. They were in turn used to file fraudulent tax returns between 2012 and 2015.

In carrying out the scheme, Kazeem trained and directed his co-conspirators including his younger brother, Michael Oluwasegun Kazeem, to use stolen PII to obtain thousands of electronic filing PINs to bypass IRS authentication procedures. They acquired over 19,500 E-File PINS during the course of the conspiracy. Kazeem also used taxpayers’ PII to gain unauthorized access into many taxpayers’ IRS transcripts, which contain sensitive personal financial information. Conspirators also used pre-paid debit cards with the victims’ stolen identities to receive direct electronic tax refund deposits from the IRS.

Kazeem used the conspiracy windfall to place a nearly $200,000 down payment on a newly constructed house and to purchase a $175,000 townhouse, both in Maryland. His average monthly credit card payment during 2012 to 2015 was over $8,300. Kazeem also attempted to use his ill-gotten funds to develop a $6 million dollar, 4-star hotel in Lagos, Nigeria.

In May 2015, Kazeem transferred the townhouse to his sister in Nigeria for $10 and included her on the deed to his Maryland residence, also for $10. He was arrested one day later.

IRS agents determined Kazeem had no verifiable sources of income between 2012 and 2015. In order to disguise the source of the fraudulent refunds, he listed sources of income from bogus employers in reports to both the IRS and immigration authorities. After entering the United States on a student visa from Nigeria, Kazeem engaged in marriage fraud to evade immigration laws. In April 2014, while leading the tax fraud scheme, he filed for naturalization under the Immigration and Nationality Act. Based on the false information provided to U.S. Citizenship and Immigration Services, he was approved. The same year he personally participated in filing over 1,445 fraudulent federal tax returns and received over $3,385,000 from returns paid out by the IRS.

Kazeem was convicted by a federal jury on 19 counts, including mail and wire fraud, aggravated identity theft and conspiracy to commit mail and wire fraud, in Medford on August 4, 2017. Five other co-conspirators, Oluwaseunara Osanyinbi, Oluwatobi Dehinbo, Lateef Animawun, Oluwamuyiwa Olawoye and Michael Kazeem, previously received federal prison sentences for their roles in the same conspiracy.

Per Second News gathered that since he falsely acquired the U.S citizenship, Kazeem face deportation to Lagos, Nigeria after his time in US prison.