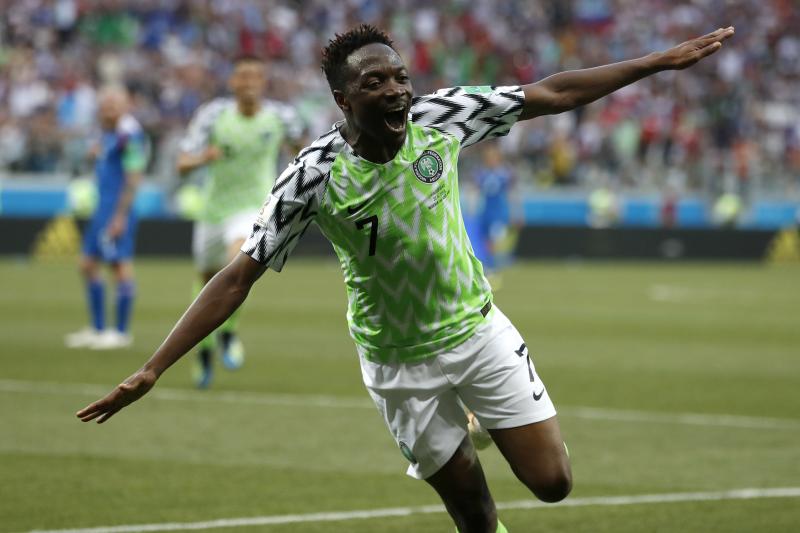 Ahmed Musa scored twice as Nigeria beat Iceland 2-0 in Group D of the 2018  FIFA World Cup at the Volgograd Arena in Russia on Friday.

Gylfi Sigurdsson missed a second-half penalty for Iceland, who couldn’t build on a bright start and remain level with disappointing Argentina at the foot of the group.

Iceland will attempt to slow unbeaten Croatia’s winning momentum and steal a qualification berth when the pair meet in Rostov-on-Don on Tuesday, June 26. At the same time, Nigeria will be hoping they can inflict more misery on Argentina while counting on Croatia beating Iceland.

Zlatko Dalic, Croatia’s manager, is expected to make changes to his side in order to keep the likes of Luka Modric and Ivan Rakitic fresh for bigger games to come. Should Croatia name a rotated side, Iceland will fancy their chances of earning a historic first-ever World Cup win. They are also a goal better off than Argentina. Argentina were fifth favourites to win the thing before the competition got underway but two games in and they find themselves bottom of the group.

With a dodgy goalkeeper, flimsy system, a collection of average players and an under-fire manager, they might well stay there. But Nigeria’s win has given them a chance.

Oct 5, 2022
ArgentinaCroatiaIcelandNigeria
Share
Subscribe to our newsletter
Sign up here to get the latest news, updates and special offers delivered directly to your inbox.
You can unsubscribe at any time