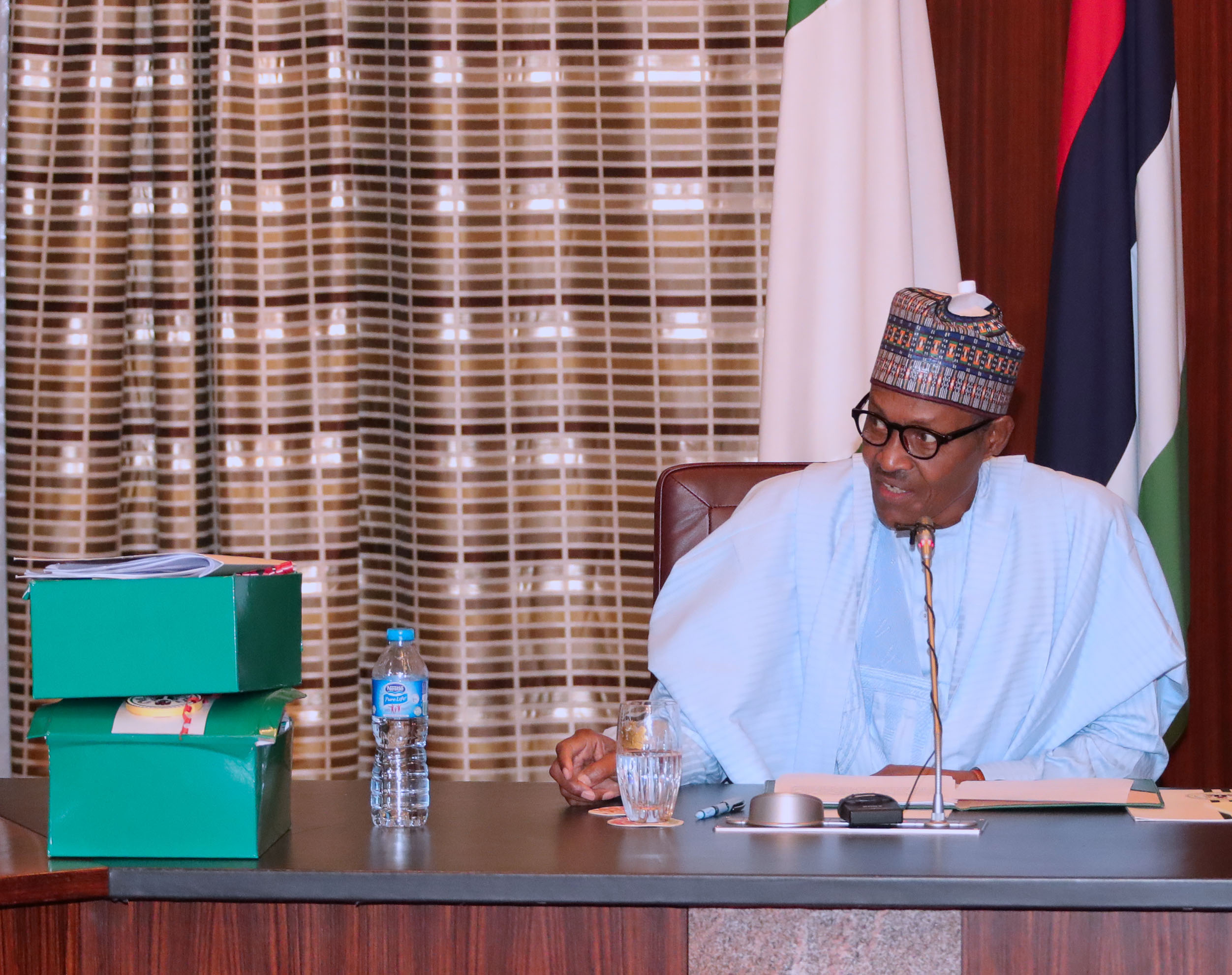 SPEECH BY HIS EXCELLENCY, MUHAMMADU BUHARI, PRESIDENT OF THE FEDERAL REPUBLIC OF NIGERIA,  AT THE SIGNING INTO LAW, THE 2018 APPROPRIATION BILL, PRESIDENTIAL VILLA, ABUJA,

I would like to thank the leadership of the National Assembly, particularly the Senate President and the Speaker of the House of Representatives, as well as all the Distinguished Senators and Honourable Members, for passing the 2018 Appropriation Bill, after seven months.

I thank you and may God bless Nigeria.