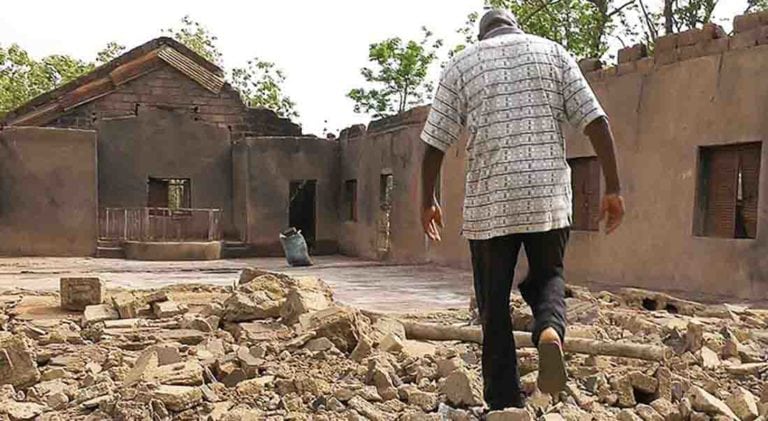 Herdsmen ambushed and hacked to death two Christians in Kwall village, Plateau state as they left a church service and were making their way home.

Ibrahim Weyi, 45, and Larry More, 53, were attacked by killer herdsmen last Sunday evening as they were going home on a motorcycle following worship at the Evangelical Church Winning All in Kwall village, Plateau state.

The radicals also injured another man, 23-year-old Samuel Weyi, who survived and is being treated at a hospital in Jos.

“Fulani herdsmen have continued to kill innocent Christians in our villages, yet the Nigerian government has not taken proactive measures to end the onslaught,” said resident Lawerence Zango, in an interview with MS a US based charity organization. 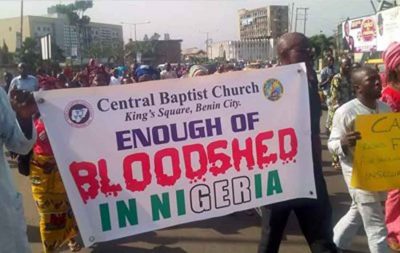 The Rev. Sunday Zibeh, pastor of the ECWA church in Nzharuvo, Miango, said that 11 Christians have been killed by the Fulani in the Bassa area since February.

“In these cases, the victims were either ambushed and killed by the herdsmen or attacked in their homes at night,” Zibeh said. “The sad reality is that the Nigerian government headed by President Muhammadu Buhari, himself a Muslim and a Fulani man, has not acted in any way to end these attacks.”

Christians of different denominations have insisted that Buhari is not doing enough to protect the people.

In February three other Christians were killed and two injured in an ambush by herdsmen near Zanwra village, Pastor Zibeh said. John Esije was 32; Monday Nzwe was 38; and Saku Giyeri was 41. The wounded survivors are Sunday Bala, 33, and, Gudu Gara, 25, he said, adding that all the victims were members of ECWA church.

Following the murder of two priests in a raid that killed 19 people during a Catholic mass in Benue State in April, the Catholic Bishops’ Conference in Nigeria, in a statement said :   “We are sad. We are angry. We feel totally exposed and most vulnerable. Faced with these dark clouds of fear and anxiety, our people are daily being told by some to defend themselves. But defend themselves with what?”

The bishops added that Christians “feel violated and betrayed in a nation that we have all continued to sacrifice and pray for. We collectively feel abandoned and betrayed.”

“Violating a place of worship, killing priests and worshipers is not only vile, evil and satanic, it is clearly calculated to stoke up religious conflict and plunge our communities into endless bloodletting,” the president said at the time.

HerdsmenPlateau
Share
Subscribe to our newsletter
Sign up here to get the latest news, updates and special offers delivered directly to your inbox.
You can unsubscribe at any time

Joy comes in the morning