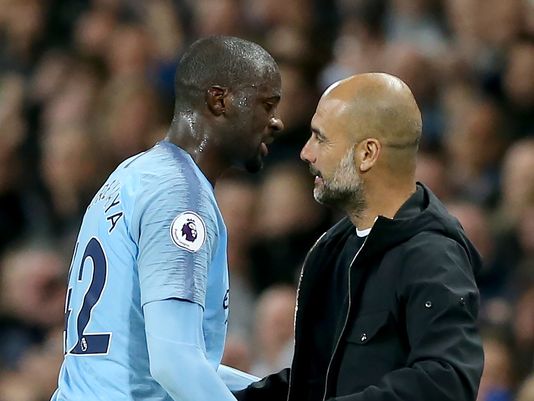 In an explosive with France football magazine, former Manchester City midfielder Yaya Toure claimed that manager Pep Guardiola “has problems with Africans wherever he goes.”

“He was cruel to me… I came to wonder if it was not because of my colour,” Toure said in the French-language interview. “I am not the first to talk about these differences in treatment. In Barça, some have also asked the question.”

“When we realize that he often has problems with Africans wherever he goes, I ask myself questions.”

Toure announced in May that he would be leaving the club at the end of the season.

However, the 35-year-old also expressed that he’s willing to be proven wrong about Guardiola.

He will never admit it. But the day he will start a team in which we find five Africans, not naturalized, I promise I will send him a cake!”

Guardiola 'has problems with African players
Share
Subscribe to our newsletter
Sign up here to get the latest news, updates and special offers delivered directly to your inbox.
You can unsubscribe at any time

Why Buhari has not signed the 2018 budget – Minister